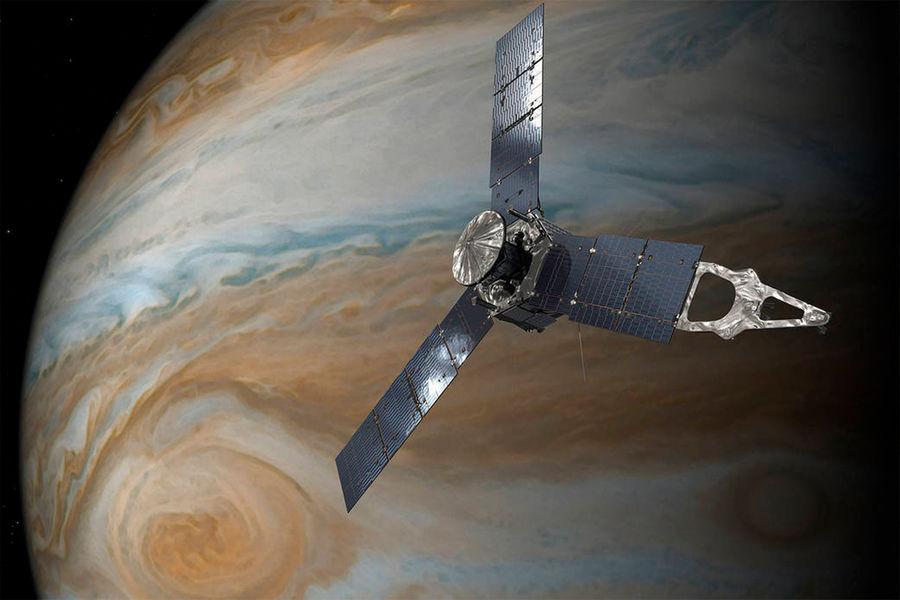 The inner part of Jupiter’s atmosphere contains much more metals than the outer part, which allows us to conclude about the ways in which this planet was formed. An article about this was published in Astronomy & Astrophysics.

The Juno spacecraft has been exploring the Jupiter system since 2016. Among other studies, the probe measures gravity over different points on the planet. This allows you to find out the distribution of masses inside the body and get an idea about the structure of the atmosphere of the giant planet.

Yamila Miguel from the Leiden Observatory (Netherlands) and her colleagues found that the gaseous shell of Jupiter is not uniform – the mass of metals in it increases from the outer parts to the center. It is worth noting that in this context, astrophysicists mean by metals any elements heavier than hydrogen and helium, the main material of stars and gas giants.

Data on the distribution of metals in the atmosphere (their total mass is from 11 to 30 Earth masses) are important because they allow us to draw a conclusion about the origin of the planet. “A gas giant like Jupiter has two mechanisms for acquiring metals during its formation: by accretion of small pebbles or larger planetesimals (protoplanetary disk objects that later form protoplanets). We know that when a young giant planet gets big enough, it pushes the pebbles out. Thus, we can exclude a scenario in which they would enter the atmosphere exclusively in the form of small stones, ”says the scientist.

In addition, these observations disproved previous hypotheses about convection inside Jupiter mixing the layers.