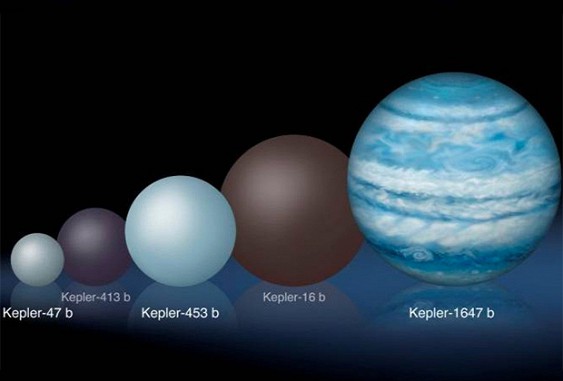 A team of astronomers from NASA and the State University of San Diego discovered a new planet Kepler-b 1647 with a telescope Kepler Space Telescope. The discovery was presented at the meeting of the American astronomical society.

During the work of the astronomers searched for stars of the region with a lower brightness, which indicate the passage of objects in front of the star. Planets revolving around the two stars are called “planets with a multiple of the orbit or the planet “Tatooine” in the epic “Star wars.”

“To find planets with a multiple of the orbit is much harder than planets around single stars. Changes of the luminosity is unevenly distributed in time, they can vary in duration and intensity,” says William Welch, one of the authors of the study.

Discovered planet Kepler-1647 b is approximately the same age as the Earth (4.4 billion years) and is from her at a distance of 3 700 light-years. Stars similar to the Sun, two: one a little less and another a little more.

Mass and radius of Kepler-1647 b is identical to Jupiter, which makes the planet the largest planet with a multiple of the orbit, discovered by the transit method. The revolution of the planet around the star-the host occurs over 1107 days (just over three years), additionally, the planet is farther from their stars than others like her.

Similarly to Jupiter, Kepler-1647 b is a gas giant where life is impossible, despite being in the habitable zone. Potentially, if the planet has more satellites, some of them may be habitable.