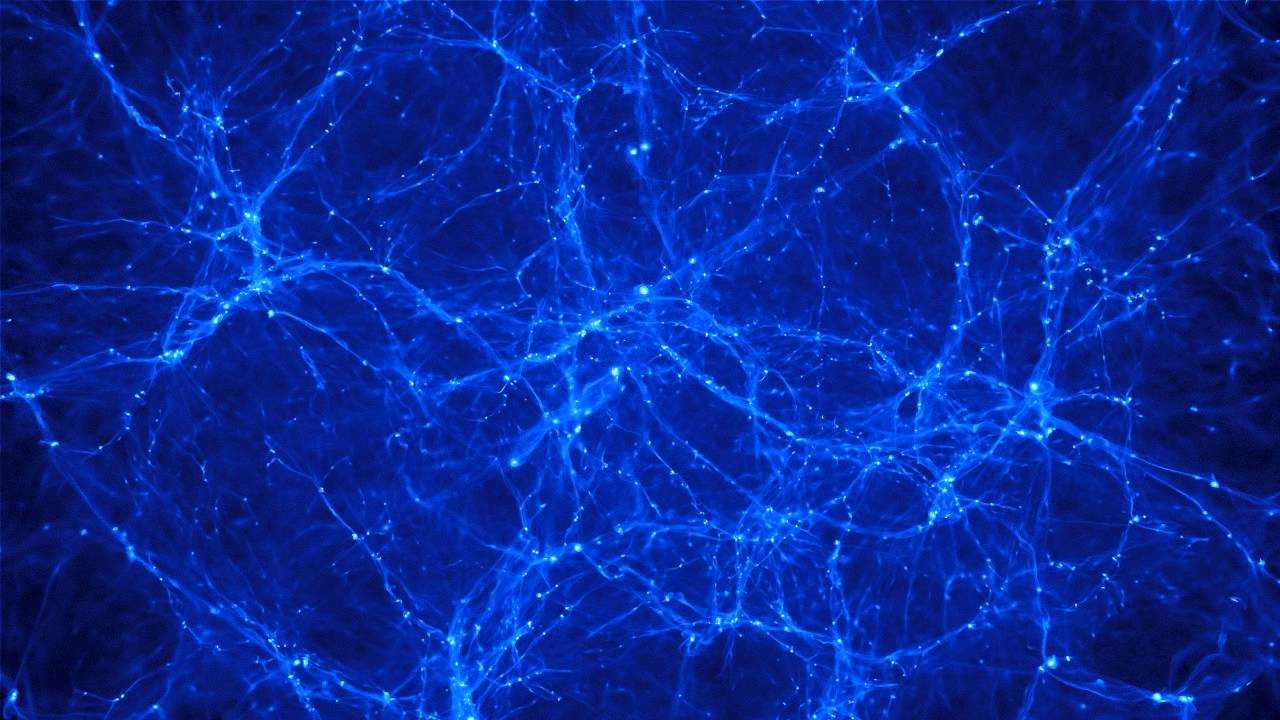 Studies of the microwave background radiation of the early Universe have made it possible to establish quite accurately that about 68.3 percent of our world is dark energy. Another 26.8 percent fall to dark matter, and only 4.6 percent is a common, familiar baryonic substance consisting of protons, neutrons, electrons, and photons. This matter adds us all, all the planets and stars, but even the most careful calculations of the mass of baryonic matter in the modern universe give strange results: it is about half what it should be. As if most of the ordinary matter disappeared somewhere.

According to today’s ideas of cosmology, the universe is permeated with colossal strings and clumps of dark matter, on which, as if drops on a web, “suspended” galaxies. Therefore, it is assumed that large quantities of matter can be in the state of ionized and highly dispersed gas, which is distributed along the filaments of the “space network”. Theoretically, such interstellar matter (WHIM) should be heated to tens of thousands, and even millions of degrees, and should radiate in the x-ray range.

This radiation is too weak to be seen by X-ray telescopes, but the Hubble telescope was able to view the desired signal in the ultraviolet range. According to scientists, this can explain a large part (up to 70 percent) of the shortage of the substance. A new work of the famous astrophysicist from Edinburgh University John Peacock (John Peacock) and his colleagues indicates where the rest can hide.

In an article presented in the open online library of preprints ArXiv.org, scientists proposed a new approach to the search for particles of the interstellar medium (WHIM) in the “space network” of dark matter. For this they turned to the starting point, to the relic background. With the passage of time and the expansion of the universe, the length of its wave is constantly increasing, and today this radiation “has gone” to the radio range, and its temperature is a few degrees above absolute zero.

However, if such photons collide with hot WHIM electrons, they can receive additional energy, which leads to a decrease in their wavelength. This phenomenon is known as the effect of Syunyaev-Zeldovich, its effect is incredibly weak: the shortening of the wavelength is of the order of one ten million. To review it, John Peacock and his co-authors turned to the Sloan Digital Sky Survey (SDSS) database, which contains observations of hundreds of millions of galaxies.

Of this number, scientists selected about a million galaxies located at the same distance from us, data on them summed up – and, indeed, discovered a piece of matter that had escaped the attention of astronomers. According to their new estimates, the density of the hot rarefied matter in the “space network” is much higher than was thought, and the missing is just enough to get the remaining 30 percent.

It is interesting that independently of Scottish astrophysicists and practically day-to-day with them, similar conclusions were published by scientists from Canada. Hideki Tanimura and co-authors also recalled the effect of Syunyaev-Zeldovich, but they used a different sample from the SDSS data. It had about 260 thousand distant galaxies, but it gave the same results.