Astronomers have found the most distant radio galaxy 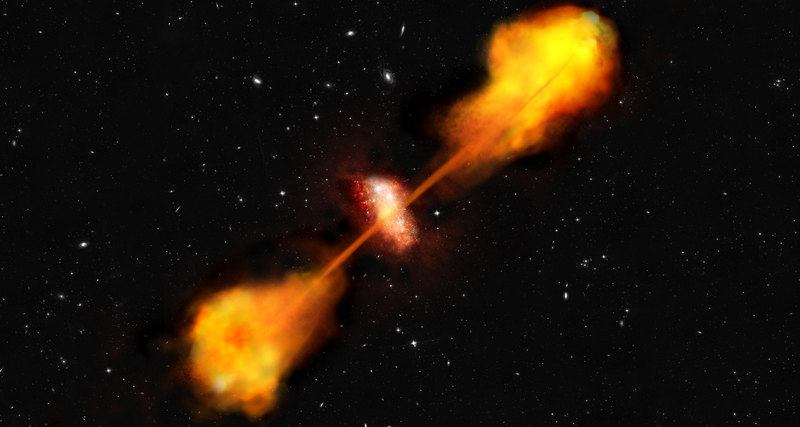 A team of astronomers from the Leiden Observatory found a radio galaxy from times when the age of the universe was only 7% of the present. And it is located at a distance of 12 billion light years from Earth.

Radio galaxies are extremely rare objects in the universe. These are colossal galaxies with supermassive black holes in the center, which actively absorb gas and dust from the surrounding space. Such activity triggers high-energy rays, which can accelerate charged particles to near the speed of light. And such streams are easily fixed on radio waves.

The very fact that such galaxies exist surprised astronomers. Their discovery is extremely important for our understanding of how galaxies form and evolve. The study of similar objects can also shed light on the formation of black holes that have caused the formation and growth of galaxies.

A new discovery was made with the help of the Giant meter radio telescope in India, which originally identified a radio galaxy. The distance to it was then determined by measuring the redshift. Judging by the latter, the scientists fixed the galaxy in the state in which it was 12 billion years ago.