Astronomers have found the most voracious black hole 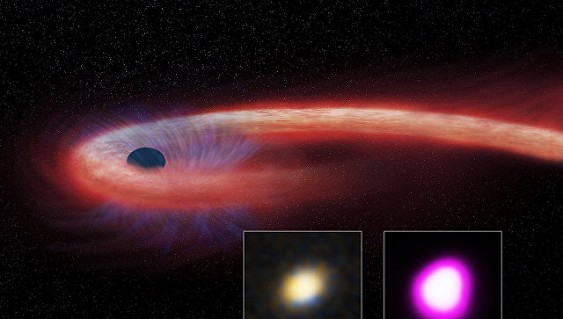 Scientists from the University of new Hampshire (USA), opened in the constellation Virgo an unusual black hole that has consumed a record amount of matter for more than 11 years.

According to astronomers, a period of time – ten times longer than other black holes. “We witnessed very exciting and a very long agony of the stars,” said one of the researchers Country Lin.

Scientists have found that, when the stars and smaller objects approaching a black hole, it absorbs them immediately, but at first torn apart. Because of this, the brightness of the dying stars rises sharply, as can be seen for several months due to gravitational time dilation near a black hole.

“Voracious” black hole located in the center of the galaxy SDSS J1500 0154, which is now in a stage of active star formation, in which each year dozens of new born stars.