Astronomers have found the youngest exoplanets 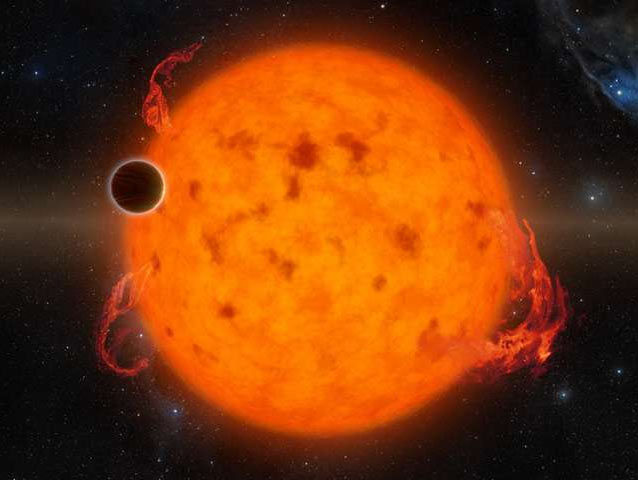 Team California Institute of technology, the young, fully formed exoplanets ever discovered. Age K2-33b is from 5 to 10 million years, i.e. the planet is still in its infancy.

“Astronomers know that the process of zvezdopodobnie in this region, called the Upper Scorpius, almost complete and only a quarter of the stars of the region has a bright protoplanetary disks,” says Trevor David, first author of the study. – Other stars of the region such disks are not at all, so we decided that the area is ideal for our search for young extrasolar planets”.

K2-33b, like many other exoplanets, was discovered registration blackouts in the light of the parent star when the planet is crossing the line between the star and us. By measuring the frequency and power blackouts, the team determined the size and the orbital period of the planet. K2-33b 6 times more Land, or approximately 50% more Neptune and revolves around its star in 5 earth days. This means that the planet is 20 times closer to the star than Earth to the Sun. Such proximity of the planet to the star at such an early age implies that the planet in a short time migrated, or could be formed directly near the stars that defies the theory of migration of the planets.