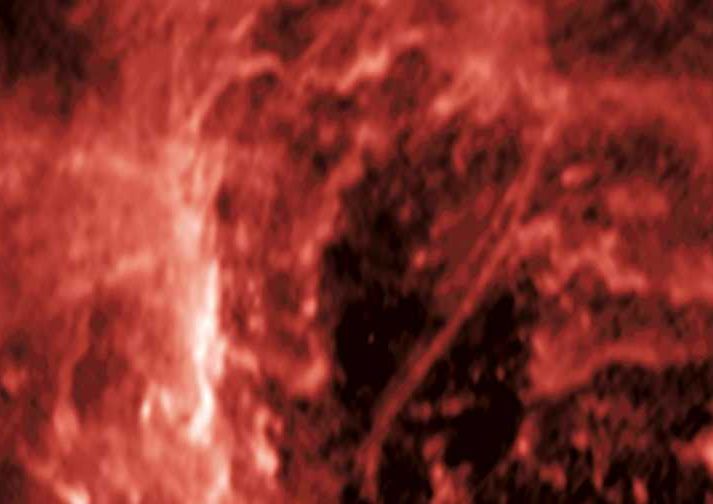 New detailed images of the gas filament in the center of the Milky Way showed that this curved narrow “thread” goes beyond the horizon of events of a supermassive black hole.

The center of our Galaxy is enveloped in dense clusters of gas and dust through which the radio emission of the bright object SgrA * breaks through – it is believed that this is a supermassive black hole with a mass of 4 million solar masses. Of course, it attracts much attention of astronomers and is studied with special interest, now and then presented with new surprises and riddles.

Last year, observations of Karl Jansky VLA radio telescopes brought a new find: a dense and narrow filament, a filament that stretched to a black hole with a curved harp in a length of 2.3 light years. A new article published in The Astrophysical Journal Letters, presented data on new observations of this object – and its new, high-quality images. They show how the “tail” of the filament reaches the horizon of events. 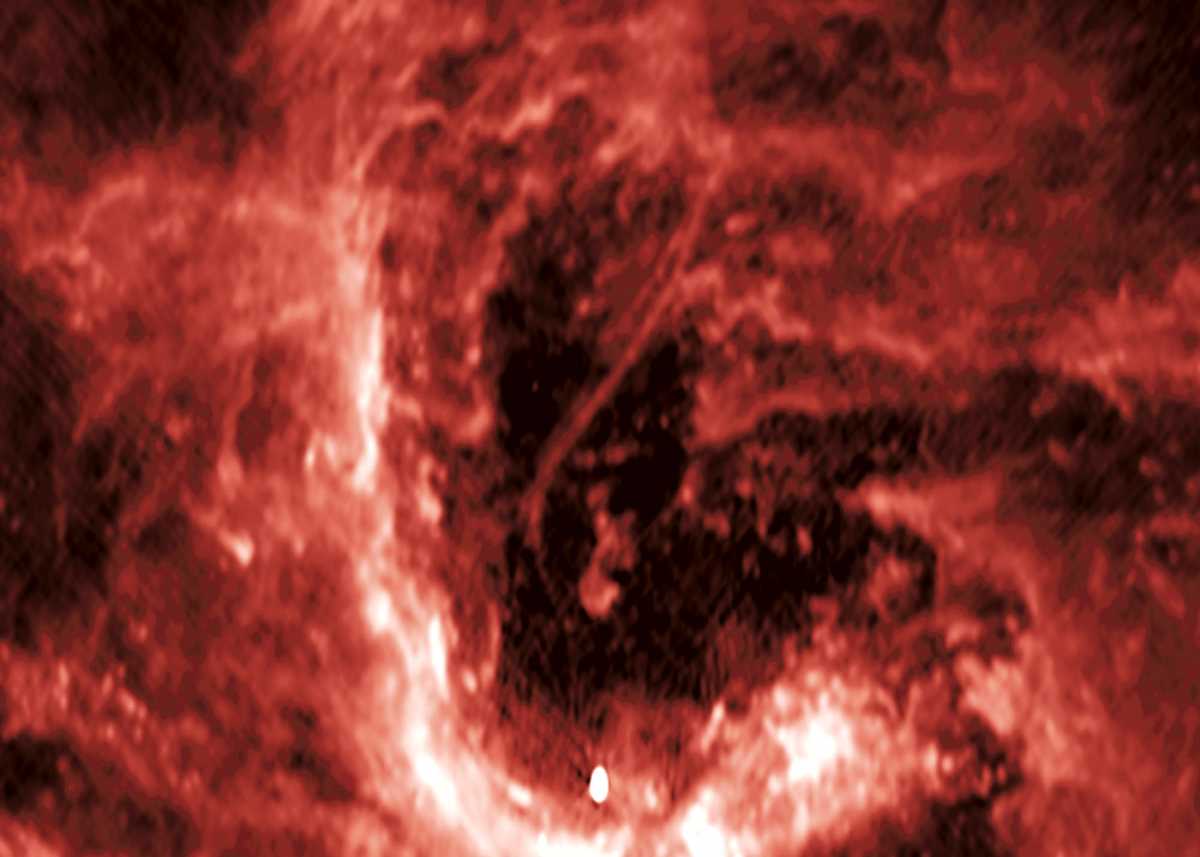 Mark Morris of the University of California at Los Angeles and his colleagues investigated the “Western filament SgrA” (SgrAWF) using the radio antennas of the large observatory VLA. The authors improved the observation technique by tracing the SgrAWF filament almost to the very supermassive black hole. This, in their opinion, indicates that the hole is the source of SgrAWF. In general, there is no precise idea of ​​what kind of filament is and how it was formed, and scientists put forward several hypotheses on this score.

According to one of them, the rotation of a supermassive black hole and a hot accretion disk around it creates magnetic fields that form a “power highway” along the axis of rotation. The particles that fall in here will be thrown away at high speed. The other, far less probable hypothesis, suggests that SgrAWF is formed by a cosmic string, a hypothetical one-dimensional “fold” of space-time that moves to the center of the Galaxy and will soon be captured by a supermassive black hole.

Finally, the third possibility is randomness itself: it is possible that the hole and SgrAWF are not connected at all. Such “nonthermal Radio Filament” (NRF) have been observed before, although usually they are noticeably longer. But even if this is so, scientists are perplexed by the curved form of SgrAWF – what gave it such a look, is also not yet known.