Astronomers have recorded a radio signal from an exoplanet 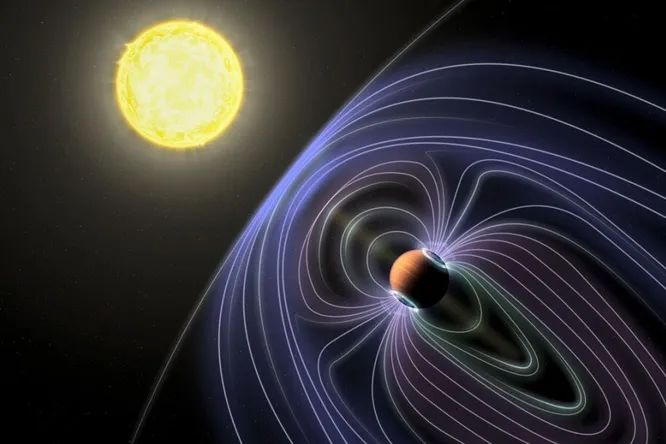 With the help of a radio telescope, researchers have recorded for the first time a radio signal from an exoplanet orbiting a star in the constellation Bootes.

This is the first time a radio wave has been caught from an exoplanet. However, extraterrestrial life has nothing to do with it – radiation generates the magnetic field of a gas giant located just 50 light years from Earth.

Using the LOFAR radio telescope in the Netherlands, scientists were able to detect a burst of radiation from a star system containing what is called hot Jupiter, a giant gas giant that is close to becoming a star.

The researchers also observed two other exoplanets emitting radio emission. They turned out to be heavenly bodies in systems 55 Cancer and Upsilon Andromeda. But only the exoplanetary system Tau Bootes, located about 51 light years from Earth, had intense radio emission. According to scientists, its source may be the planet’s magnetic field.

Two years ago, scientists examined the signature of Jupiter’s radio emissions and were able to build a model that mimicked the signatures of Jupiter-like exoplanets. These results have become a model for the search for radio emission from exoplanets located at a distance of 40 to 100 light years. After nearly 100 hours of radio survey, the researchers were able to capture the predicted signal from a celestial body in the Tau Bootes system.

Astronomers tried to exclude all factors and it turned out that the signal is most likely coming from the planet. To confirm this accurately, the authors will have to make several additional observations. Scientists now plan to conduct research using several more radio telescopes. If the signal really exists, then it will be the first radiation in the radio range that mankind has managed to catch from an exoplanet.