Astronomers have spotted traces of a black hole of “forbidden” mass 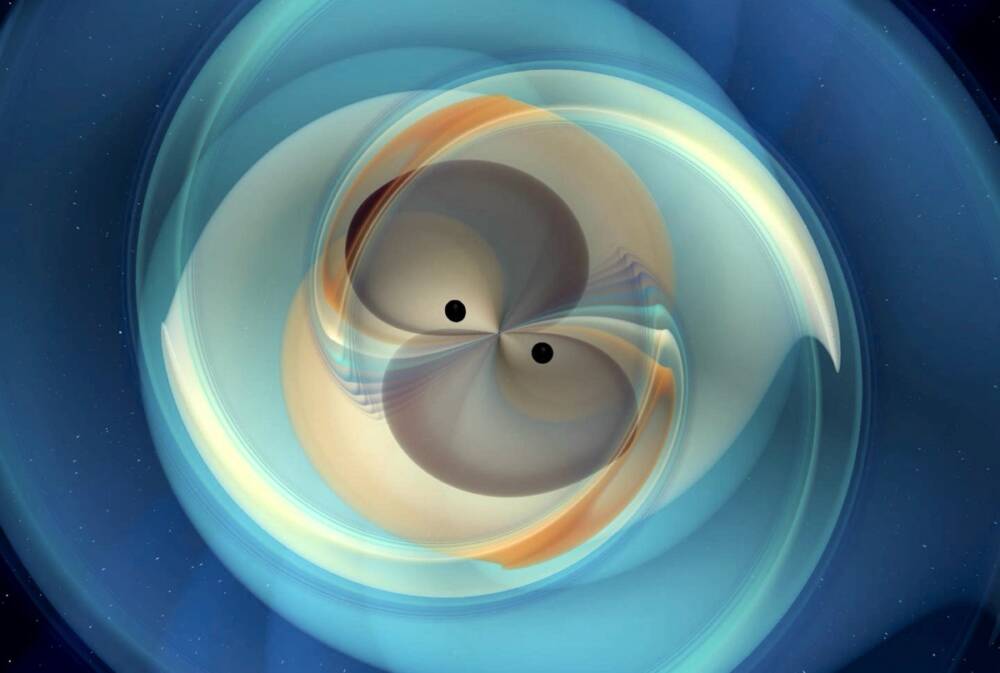 The merger of black holes GW190521, registered last year, turned out to be the largest in the history of observations, and one of the participants in the event was a hole in the “forbidden” mass range.

A large international team of scientists has reported the observation of the birth of a black hole of intermediate mass – 142 times heavier than the Sun. It was the product of the “previous generation” hole merger, whose gravitational waves were recorded by the LIGO and Virgo observatories. GW190521 was the largest merger ever seen by both instruments. This is covered in a series of articles published in Physical Review Letters and Astrophysical Journal Letters.

Supermassive black holes, capable of gaining millions and billions of solar masses, are formed as a result of the collapse of gas in the central part of large galaxies. The collapse of large stars leads to the appearance of black holes of no more than 65 solar masses: according to modern concepts, more massive stars explode, completely scattering matter over the surrounding space. The existence of intermediate-mass black holes remains a matter of debate – as well as the mechanisms of their origin; Until now, only a few candidates for such objects are known, none of which has been unambiguously confirmed.

Theoretically, if the own mass of stars exceeds 200 suns, they are capable of dying and generate black holes, but in this case the mass of the hole will be at least 120 suns. Thus, the interval between 65 and 120 solar masses can be called “forbidden”. Nevertheless, analyzing the data on the gravitational wave event GW190521, which was registered in May 2019, scientists came to the conclusion that a merger of 66 and 85 solar black holes occurred, resulting in a hole 142 times heavier than our star.

The most interesting of the trinity is the black hole of 85 suns – more massive than the upper limit theoretically possible for stellar mass holes. Perhaps it was formed immediately after the Big Bang, among the primary (“primordial”) black holes, or it itself became a product of an earlier merger of holes of the “previous generation”. In addition, GW190521 has become the largest event ever recorded by the LIGO and Virgo gravitational wave observatories. Astronomers estimate that the merging of these holes in a fraction of a second emitted more energy in the form of gravitational waves than is contained in the entire Sun.