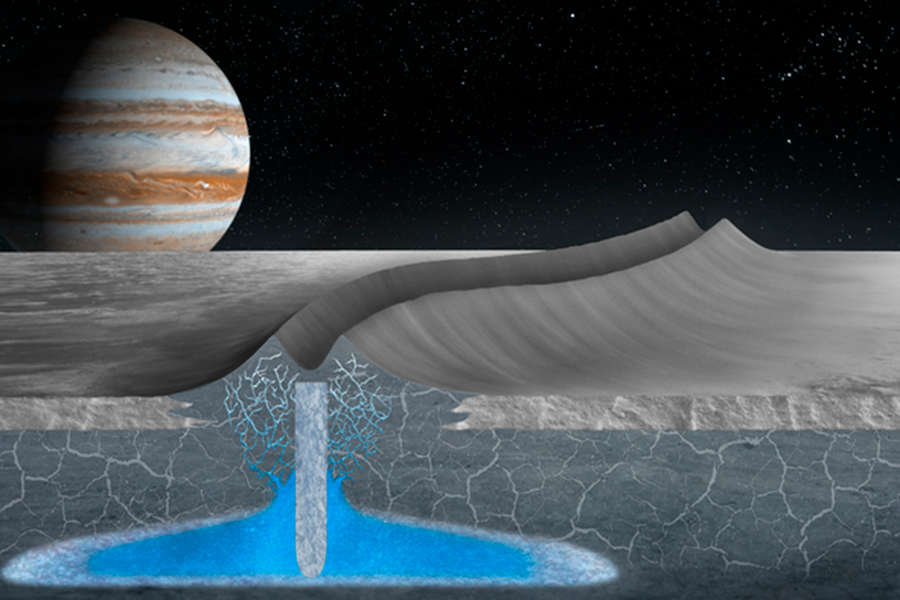 Scientists have suggested that in the icy shell of Europa, a moon of Jupiter, there may be cavities with water. An article about this was published in Nature Communications.

Europa consists of a stone core and a water shell, liquid inside and frozen outside. It is believed that the water shell of this satellite is one of the most promising places outside the Earth in the solar system where you can look for life. On the ice surface of Europe, double ridges are common – symmetrical mountain-like formations with a depression between them. Scientists do not know exactly how they formed. 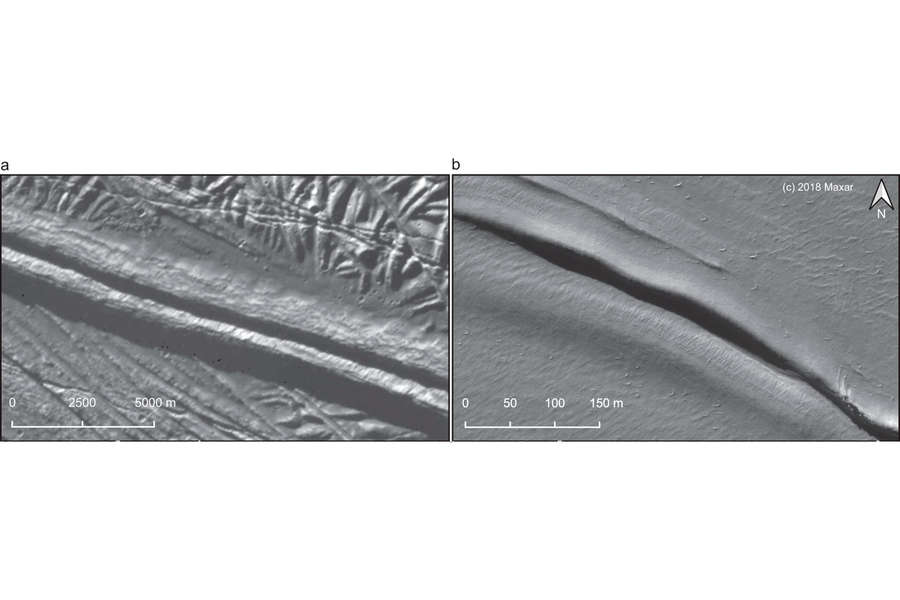 Dustin Schroeder of Stanford University and colleagues examined archival data on the Greenland ice sheet from NASA’s MCoRDS space georadar. Greenland also has twin ridges similar to those of Europa adjusted for different gravity. Georadar showed that under one of the depressions between the ridges at a depth of 15 meters there is liquid water.

“In Greenland, this double ridge formed where water from subsurface lakes and streams flows to the surface and freezes again. We hypothesize that the twin ridges of Europa may form in a similar way when water from the subsurface ocean enters the ice shell through cracks,” the study authors write.

If scientists are right, then this increases the likelihood of the origin of life on Europa, since the necessary chemical elements can enter from space through cracks.