Astronomers have unraveled the mystery of massive stars 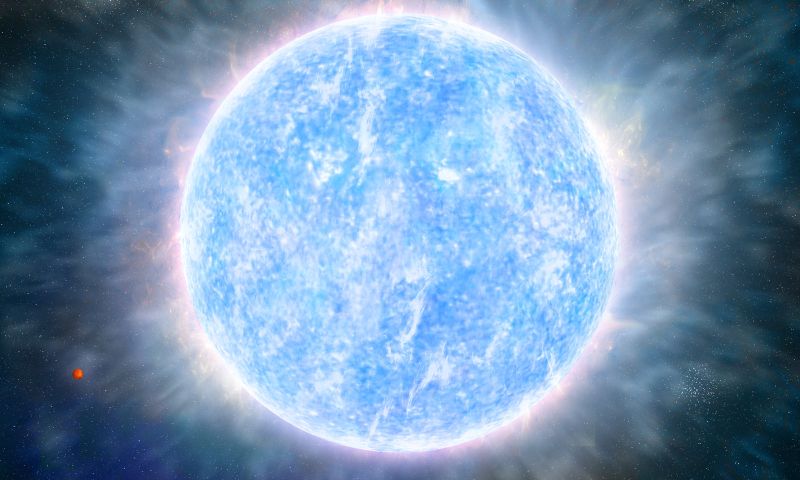 Did you ever want to count all the stars in the night sky? This is not a bad idea, because astronomers often do this.

And even though this work is not easy, it is very useful. Stars can reveal some great secrets about our universe. These bright luminous dots can tell us how giant galaxies form and what chemical elements predominate in them.

Scientists have counted the number of large stars in a group of distant star-forming galaxies. Such galaxies are capable of forming new stars 10,000 times faster than an ordinary galaxy! It’s as if children in other countries grew and matured several thousand times faster. Simply unimaginable!

But you certainly understand that counting stars in these galaxies is not as simple as it sounds. In galaxies with starburst flares there is a huge amount of material for the formation of new stars. These are space dust and gas, which are simply called star fuel.

Instead of just studying stars living in galaxies, scientists came up with a different technique. They began to study the chemical elements around them.

The size of a star has a great influence on her life span. Large stars shine more brightly, but they live much less than their smaller size. Dying, the stars spread to the surrounding space a variety of chemical elements.

These chemicals are the key to discovering the mysteries of star-forming galaxies. They showed that similar galaxies have much more massive stars than, for example, in our own galaxy.

Scientists are also constantly working on the issue of nucleation and growth of stars. So, if earlier it was believed that the stars can reach a maximum value of 150 masses of our Sun, now it is considered, this figure can be twice as large.