Astronomers have voiced a list of planets where life can exist 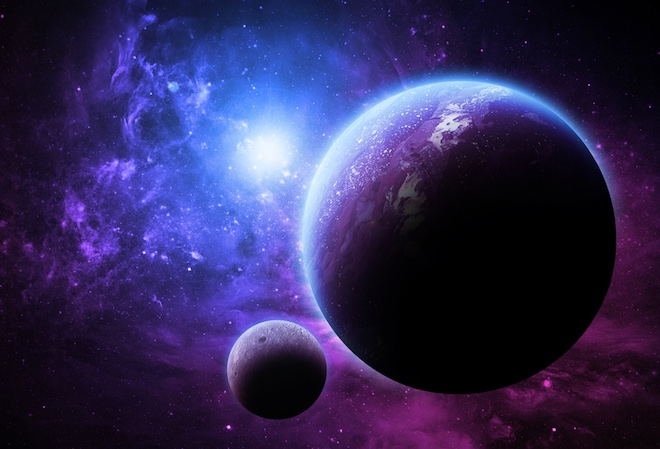 Astronomers have voiced a list of planets where life can exist. The number of candidates for the existence of life forms exceeds several hundred. Now scientists will be able to start a targeted study of potential “twins” of the Earth and find out whether we have neighbors in the universe.

“Hunting” on the exoplanet space telescopes “Kepler” and CoRoT, as well as ground-based apparatuses. Over a few years, more than 4,000 confirmed exoplanets and as many objects were identified that could potentially be them.

Most of the exoplanets discovered recently are “hot” Jupiters. But, thanks to new technologies, telescopes notice more and more small objects. Earth-like planets become so much that astronomers do not exclude that some part of them can contain life.

One of the criteria for the “vitality” of the planet is its location in the so-called zone of Goldilocks. Also, astronomers note that the appearance of life forms requires amino acids, sugars, nitrogen bases and other organic compounds, which, in turn, need ultraviolet.

Ultraviolet radiation should be produced in the required volume by a young star. However, if the ultraviolet is too much, the bonds of organic compounds will disintegrate. Deficiency of solar rays will slow the rate of formation of molecular compounds, which will reduce the likelihood of the birth of life.

By making a list of planets capable of having a life, astronomers took into account those that are in the zone of life, and receive a sufficient amount of ultraviolet. Therefore, the list did not include exoplanets, considered the most promising – for example, a group of planets of the TRAPPIST-1 system. Their mother star produces too little radiation.