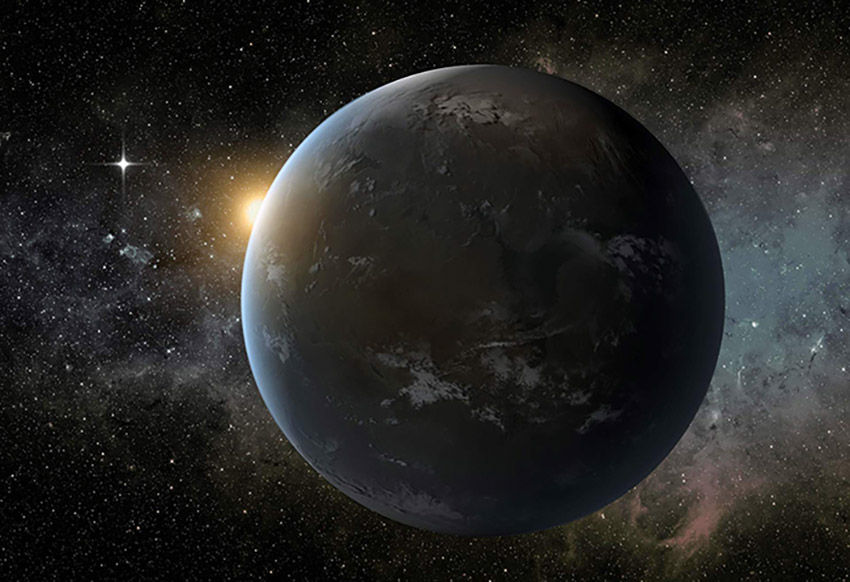 Is there in the Universe extraterrestrial life? This question has long vexed physicists, biologists, philosophers, and filmmakers of science-fiction films. And it is the desire to find the answer to this question motivated the researchers, led by astronomer Stephen Kane (Stephen Kane) that in the new work, made an attempt to determine the suitability for life of one of the exoplanets – planets located outside the Solar system.

In this study, Kane and his team have studied the system of the star wolf 1061 is located at a distance of 14 light years from us. This system is a valuable facility for astronomical research, not only because is located so close to us, but also for the reason that one of the three known planets in this system, a rocky planet wolf 1061c, lies entirely within the boundaries of the habitable zones of stars. The habitable zone is the region of space around a star, which is characterized in that the surface located within the planet might the existence of water in liquid form.

As found by Kane and his crew, the planet wolf 1061c located close to the inner edge of the habitable zone of their parent stars, i.e. closer to the star, so its atmosphere can have more similarities with the Earth’s atmosphere, atmosphere of Venus, the planet creates a powerful greenhouse effect that is trapping heat. However, the planet wolf 1061c is characterized by more abrupt and frequent changes in global climate conditions than similar changes occurring on Earth, so it is likely that the next “ice age” on this planet compensates for the greenhouse effect on the planet for some time are “mild” climate, says Kane.