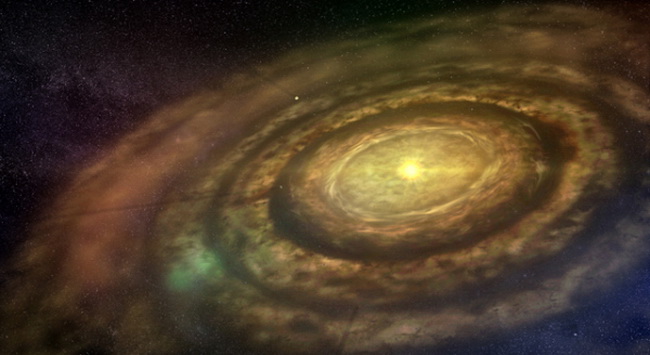 For the first time the group of astronomers of Rice University has found at the same time at once three spatial gas rings surrounding the young star of HD 163296 which is almost in 400 light years from us. Rings represent the free space in a protoplanetary disk divided by particles of a cosmic dust. Their existence indicates that process of formation of planets has begun. However, in spite of the fact that two external rings obviously indicate formation of new planets, the third, internal ring, remains a riddle for scientists so far.

Unlike two external, in an internal ring the increased concentration of three isotopes of a monoxide of carbon is observed significantly that can say that actually there is no planet there. However what does this ring more discharged – so far remains not clear.

“We don’t understand yet what creates this space, internal, free from dust particles. Whatever created this structure, it attracts to itself dust particles, but there still is a lot of gas” — the astronomer Andrea Isella says. 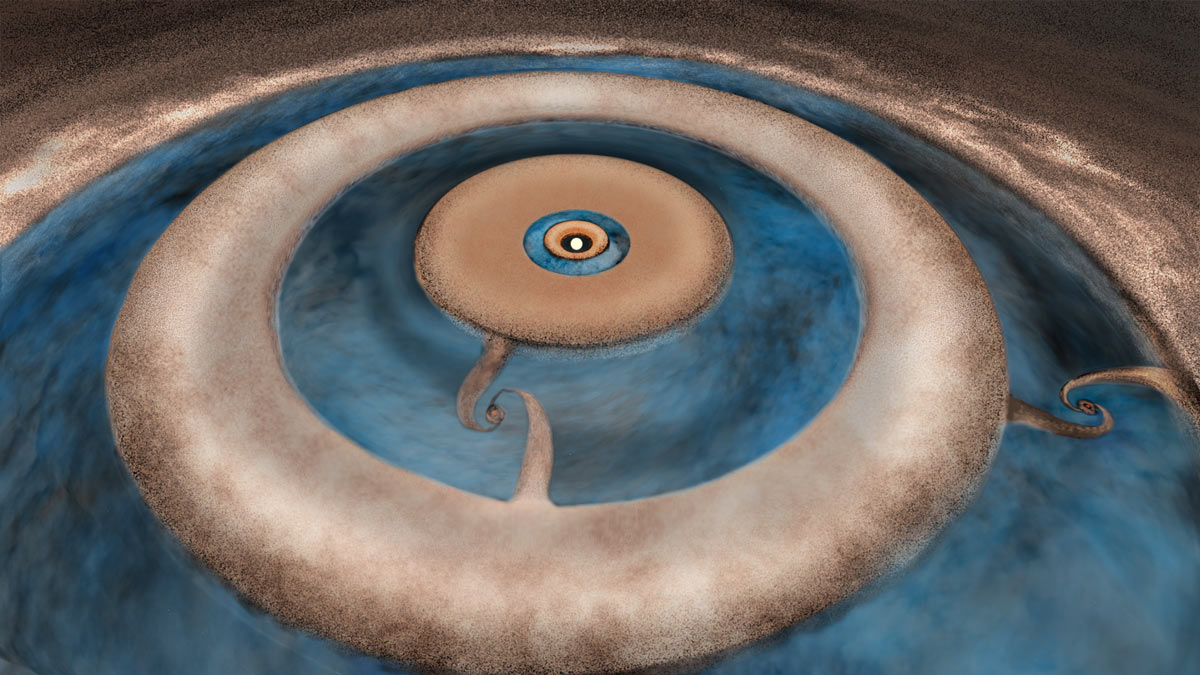 Art representation of a protoplanetary disk around HD 163296 star

“In a percentage ratio the material forming a disk is divided as follows: 1 percent is the share of a cosmic dust, the others is 99 a gas” — Izella continues.

“Therefore if you see dust, then it is for certain difficult to define – whether the ring is a consequence of formation of the planet. You need to see what happens to gas. And in this research we for the first time could observe both gas, and dust”.

So causes formation of emptiness if not the planet? In spite of the fact that there are several theories which can answer this question, researchers have decided to get access to the Atakamsky big [antenna] lattice of the millimetric range (ALMA) to Chile to continue the observation which results have been recently published in the Physical Review Letters magazine. Fortunately, the observatory of ALMA has expressed great interest in studying of protoplanetary systems too. New knowledge will help to understand better how planets are formed, similar to our Earth.

“It means that our subject is considered by astronomical community as one of the most priority” — Izella says.

Studying of the chemical composition of a disk and rings, and also comparison of data of this analysis with data of researches of 20 other stars for comparison will be the following step for scientists. Scientists plan to report results of this work by September of the next year.

The tools similar to ALMA or, for example, to the modern space telescope preparing for start of James Webb, will help us to understand our Universe better. Understanding of how it has appeared and created, – it is a key problem of present astronomy.