Astronomers: “OUmuamua’s asteroid” can be an alien spaceship

In October 2017, our solar system was visited for the first time by an interstellar space object. The body, named Oumuamua (scout, envoy), attracted the attention of astronomers and space enthusiasts from around the world.

The speed of its movement is 26 kilometers per second (93,600 kilometers per hour). The length is approximately 200 m. The object has a reddish tint and a high density.

Observations showed that the celestial body flew to us from outside the solar system, thus becoming the first discovered interstellar object flying through the solar system. This, as well as its elongated cigar-shaped shape, attracted much attention to the object. There was even an assumption that this object can be an interstellar space probe sent by an intelligent and very advanced civilization.

Disputes in the scientific community attracted the attention of Russian billionaire Yuri Milner, who is behind the initiative of the Breakthrough Listen, intrigued by such a probability. So soon after the meeting with Harvard astronomy department Avi Loebom, the initiative research group Breakthrough Listen announced that it was going to follow Oumuamua and check whether it was transmitting any subtle signals that would clearly indicate that it was not just the next space cobblestone.

In correspondence with Milner Loeb said:

“The more I study this object, the more unusual it begins to seem to me, making me think about whether it is artificial and whether it represents a kind of a probe sent by an extraterrestrial civilization.” 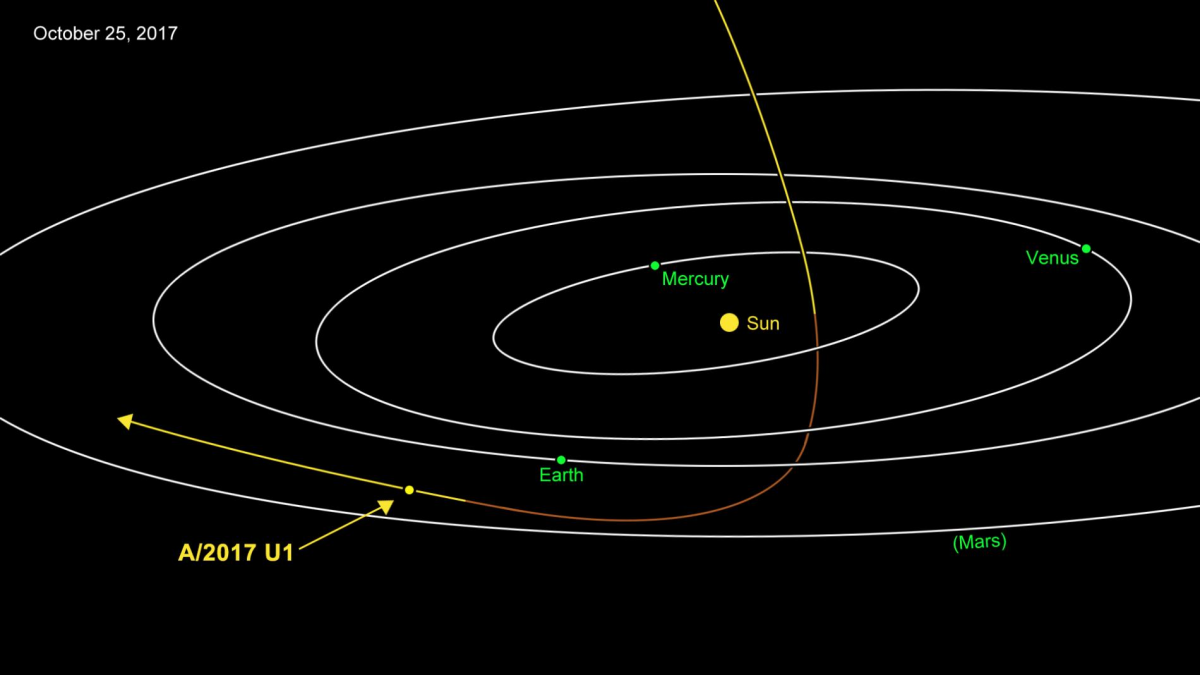 Outside observers note that Loeb’s suspicions are to some extent justified. The object was first discovered by the Pan-STARRS telescope, located on the island of Hawaii, and immediately demonstrated some very unusual for a simple asteroid or comet properties. To tell the truth, scientists first thought that Oumuamua is just a comet, but since it did not have a coma – clouds of dust and gas, usually surrounding the nucleus of the comet, as well as the tail – then this assumption was quickly abandoned.

The shape of the object was also very unusual. It is strongly elongated and has a small width, while most of the previously observed asteroids had a substantially more round shape.

The Breakthrough Listen group will begin observing the object using the Green Bank radio telescope this Wednesday, December 13th. In the hope of finding and intercepting the radio signal transmitted by the object, the telescope will monitor it for ten hours, in the range of four radio frequencies.