Astronomers pointed the area of the existence of alien life 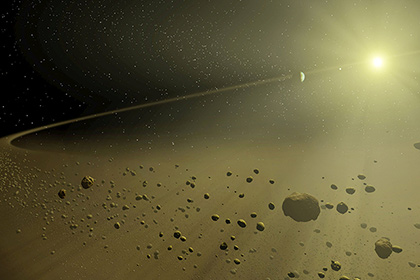 Astrophysics Institute of the Carl Sagan figured out whether to rotate around the aging stars of the planet suitable for the existence of living organisms. The results can help to understand what really is the fate of the Earth, when the Sun becomes a red giant. The article was published in the Astrophysical Journal. The press release is available on the EurekAlert site!

Scientists have modeled for the location of the habitable zones of stars, which are in the last stages of its existence, and how long the planet can remain in these areas. The habitable zone is the region around a star where a planet has liquid water, necessary for the development of life.

When a star ages, it grows in size, it becomes brighter and hotter. The habitable zone is thus moved toward the edge of the planetary system – where before there were only “frozen” the worlds. In our solar system are located in the outer areas potentially suitable for living facilities: the satellites of Jupiter and Saturn.

Astrophysicists have found that the location of the habitable zone of a red giant depends on the initial mass of the parent star. The planets and their satellites can be fit for life for nine billion years – about as much as would be in its habitable zone of the Earth. After a few billion years the Sun will destroy Mercury and Venus, Earth and Mars will turn into a red-hot rocky worlds and the outer planets will begin to heat.

Scientists estimate that the time spent thawed planets in the habitable zone can reach one and a half billion years. Researchers believe that the search for extrasolar planets near a red giant with new precision tools can increase the chances of finding alien life.