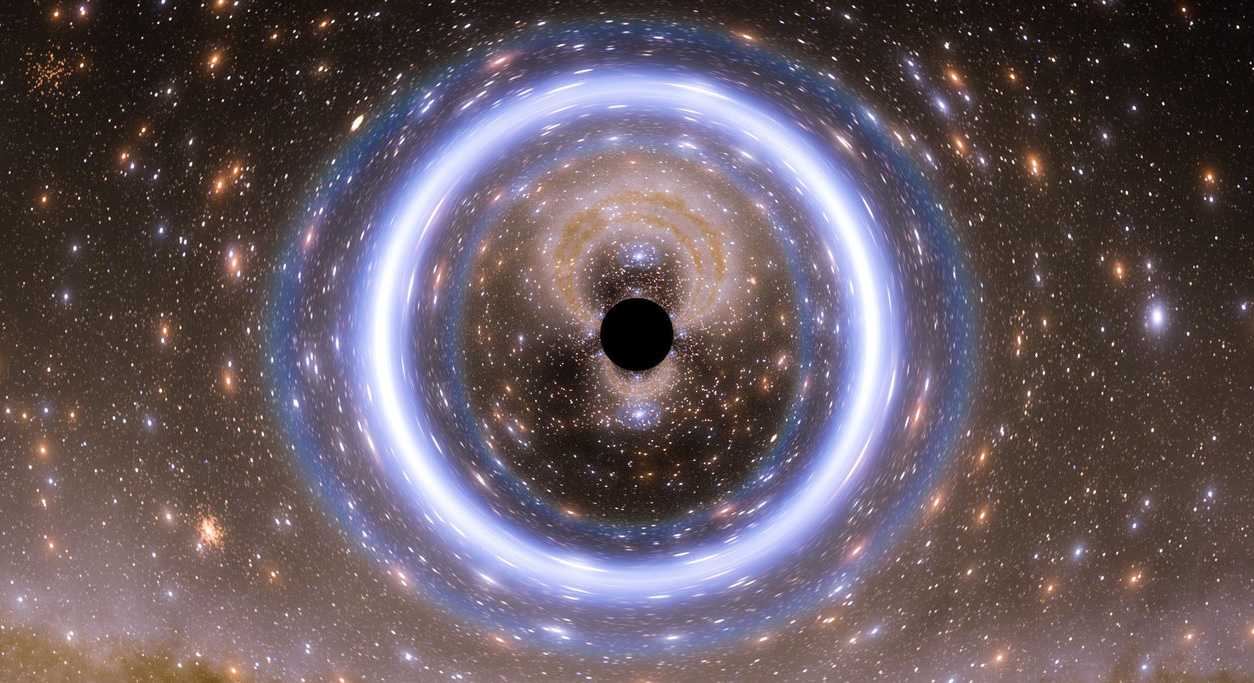 The Event Horizon Telescope project team (EHT) has begun processing primary data from observations of the horizon of black hole events in the center of the Milky Way.

The black hole Sagittarius A * in the center of the Milky Way is 26 thousand light-years away from the Earth. With a radius of about 24 million kilometers (half the size of the orbit of Mercury), the mass of the object is estimated at 4 million solar (about 2×1030 kilograms). An attempt to look at Sagittarius A * with the help of one of the famous telescopes is compared with the search for a golf ball on the surface of the moon – this requires an apparatus with an aperture of about 10,000 kilometers (the Earth’s diameter is 13,000 kilometers). Therefore, scientists use radiointerferometry with extra-long bases. The method consists in combining telescopes on different continents into a system that simulates a telescope the size equal to the maximum distance between devices.

Within the framework of the EHT project, eight telescopes were integrated into the system at six locations on the planet – Mexico, Hawaii, Arizona, Chile, Spain and Antarctica. A key role was played by the connection of the ALMA complex (Chile), consisting of radio telescopes with 66 receiving antennas – this increased the resolution of the EHT by a factor of 10. To connect ALMA scientists have developed special equipment and software, providing the observatory with the ability to transmit data at a speed of 8 gigabits per second. In addition to Sagittarius A * the goal of the project is a black hole in the center of the galaxy M 87 in 53.5 million light years from Earth. Before, the horizons of events of objects were observed without the participation of ALMA. 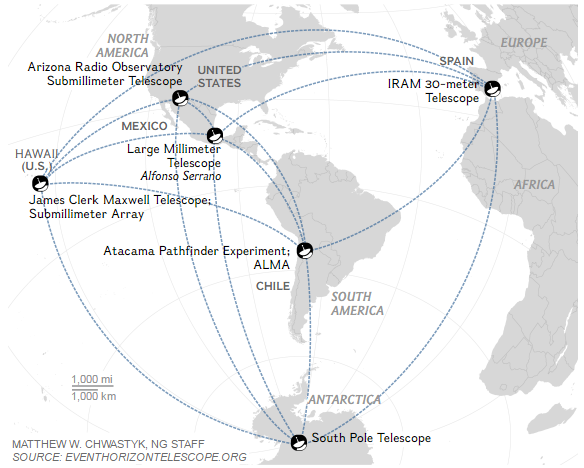 The monitoring began on April 5, its success was associated with weather conditions in all parts of the world. The fact is that the interferometer works in the range of millimeter radio waves, which are absorbed and radiated by water in the Earth’s atmosphere. To minimize noise, telescopes are placed at high altitudes, but precipitation and wind still limit the reflection of the signal. The last measurements were received by the EHT on April 11 at 18:22 Moscow time, the observation window of the mission was five nights. Remote data transmission is not provided because of the large volume – for analysis, 1,024 hard drives will be sent to the Haystack Observatory and the Max Planck Radio Astronomy Institute.

Carriers of the South Pole Telescope (SPT) at the Antarctic station Amundsen-Scott can be withdrawn after the end of the winter season in the region, at the end of October. It is assumed that the generation of images of the horizons of the events of two black holes will take about a year. The result will be the shadows of objects – halos of light, surrounding dark circles. According to scientists, according to simulations, such halos can have asymmetric thickness and brightness, reminiscent of peanuts, “which would lose any beauty contests”. In case of failure, the project team plans to repeat the observations in 2018. Participation in them will be able to accept new telescopes in Africa and space observatories.

“Even if the first images are bogus and fuzzy, we will be able to test for the first time a number of basic predictions of Einstein’s theory of gravitation by the example of extreme conditions in black holes,” says radioastronomist Heino Falcke of the National Geographic University of Nijmegen.