Astronomers recorded the fall of an asteroid to Jupiter 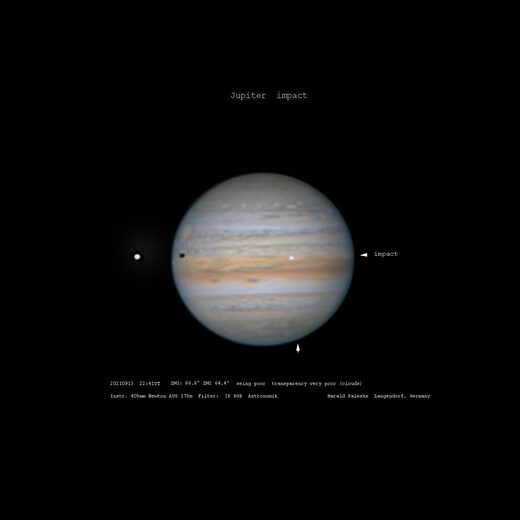 On the night of Sept. 13, German astronomer Harald Paleske was watching the shadow of Io create a solar eclipse in Jupiter’s atmosphere when something unexpected happened. “A bright flash of light surprised me,” he says. “It could only have been a meteorite impact.”

Reviewing the video, Paleske quickly ruled out objects such as planes and satellites that might have been crossing Jupiter at the time of the observation. The fireball was recorded in Jupiter’s atmosphere. It first appeared at 22:39:27 UT on September 13 and remained visible for a full two seconds. The most likely explanation is an asteroid about 100 meters in diameter or a comet hitting the giant planet.