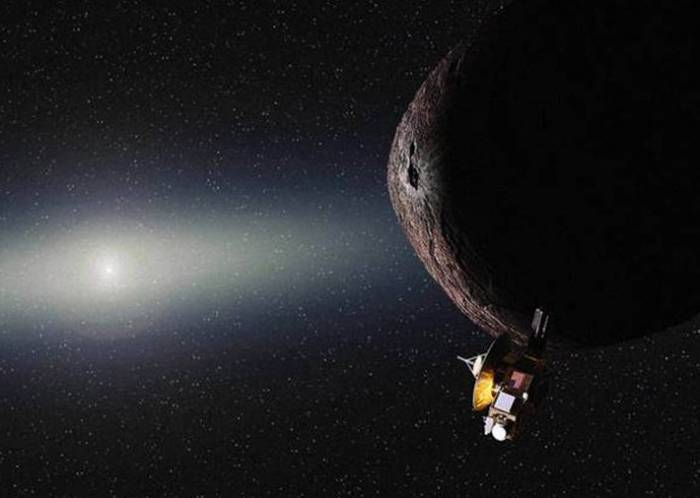 Director of the New Horizons program Alan Stern admitted that the asteroid 2014 MU69, to which the eponymous station is directed, is not an asteroid, but a swarm of smaller objects. This is reported by Popular Mechanics.

“Either the MU69 has a high reflectivity and is smaller [in size] than previously expected, or it can be a double object or even a swarm of smaller bodies left from the time the planets in our solar system were formed,” the scientist said.

The expert came to similar conclusions, having summed up the observations for 2014 MU69. Over the coverage of the facility on June 3, 2017 watched more than 50 astronomers from the Americas. Scientists recorded a change in the proportion of reflected light in the area of ​​the expected location of the 2014 MU69, but could not directly see it. The following observations of the object are planned for 10 and 17 July.

The automatic interplanetary station New Horizons on July 14 was at the closest possible distance from Pluto and its satellites. It is expected that in 2019 the station will reach the planetoid 2014 MU69, located at a distance of 1.6 billion kilometers from the dwarf planet in the Kuiper belt. The diameter of the asteroid is estimated at 45 kilometers.