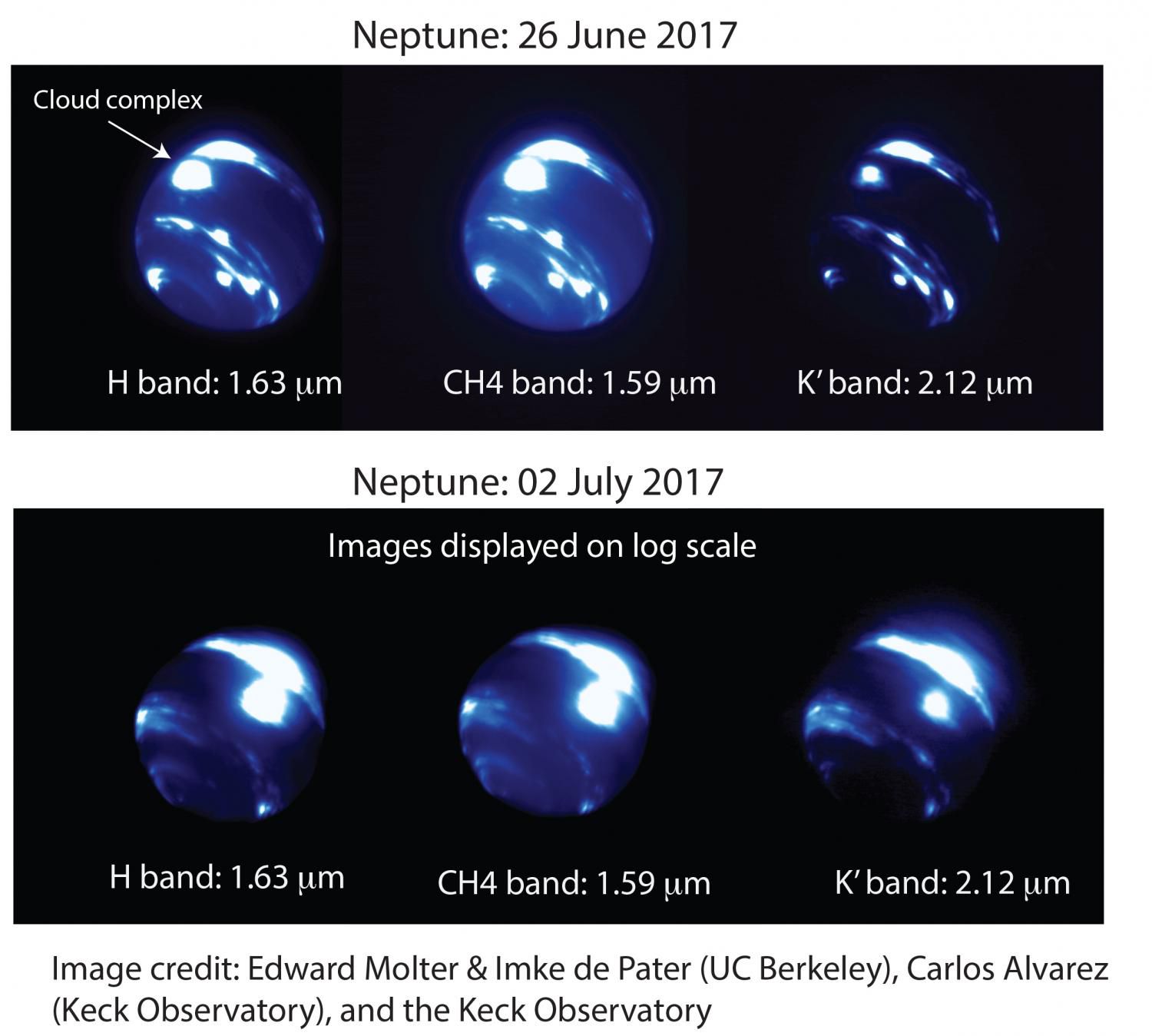 Picturesque sunrises and sunsets are a magnificent sight for ordinary people, however for astronomers twilight and dawn hours is a waste of time for observations. Astronomers prefer a dark night sky.

However, Ned Molter (Ned Molter), a graduate student at the University of California at Berkeley, USA, thinks differently. He was able to show in a new study that the observations of some bright objects in the twilight hours can give extremely valuable information. Ned opened a new structure in the atmosphere of Neptune: a storm the size of the Earth.

“Watching such a bright storm at such low latitudes is just amazing,” said Molter, who observed this storm near the equator of Neptune during the trial observations of the “twilight” observations program with the help of the observatory. Keck, located on the top of Mauna Kea, Hawaii. “Usually this zone is relatively quiet, and we see bright clouds only in the mid-latitude bands, so it’s very unusual to see such a giant cloud, located right at the equator.”

This gigantic atmospheric structure stretches for 9,000 kilometers in length (1/3 of the radius of Neptune) and covers approximately 30 degrees both in latitude and in longitude. This structure became noticeably brighter in the period from June 26 to July 2, according to Molter’s observations.

Compiled from the materials provided by the University of California at Berkeley.