Astronomers saw the birth of a new star 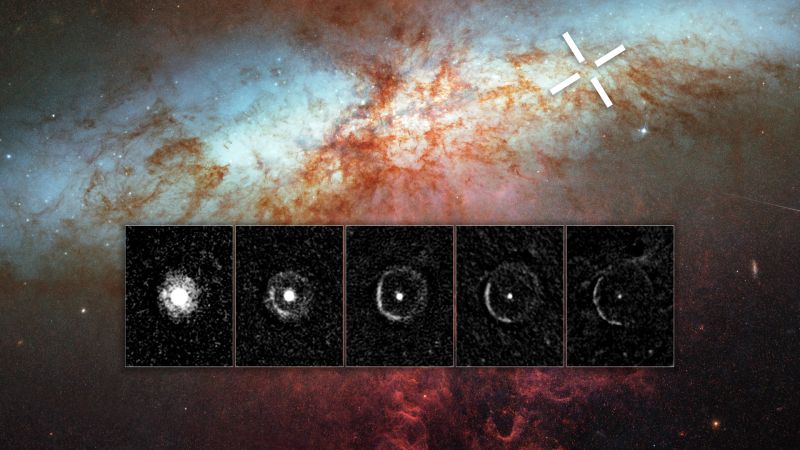 Six years after the explosion, astronomers noticed an unusual phenomenon in supernova remnants. They believe that they were able to capture the birth of a pulsar or magnetar.

The explosion of a star, known as a supernova, can be so bright that it eclipses the entire galaxy. Must pass months and even years before it goes out. Sometimes gas residues from the explosion collide with a gas enriched with hydrogen, and flare up anew. But can they continue to shine without interference from outside? According to Dan Milisavlevich, assistant professor of physics and astronomy at Purdue University, this is exactly what he observed six years after the explosion of SN 2012au.

“We did not see an explosion of this type remain visible after such a long time, only if it was some kind of interaction with the hydrogen gas left by the star before the explosion,” he says. “However, in our data there are no traces of hydrogen: it was provoked by something else.”

During the explosion of large stars, their entrails collapse to the point where all their particles become neutrons. If the resulting neutron star has a magnetic field and it rotates fairly fast, it can become a pulsar windmilk. According to the data published in the journal Astrophysical Journal Letters, perhaps this is exactly what happened with SN 2012au.

Unlike most stellar explosions, which eventually fade, the SN 2012au supernova continues to shine thanks to a new powerful pulsar / © NASA, ESA, and J. DePasquale (STScI)

“We know that supernova explosions produce these types of rapidly rotating neutron stars, but we have never received direct evidence about them during such a unique period,” Milisavlyevich said. “This is the key moment when the pulsating wind nebula is bright enough to be a kind of bulb that illuminates the external emissions of matter after the explosion.”

Milisavlievich predicts that if researchers continue to monitor areas of extremely bright supernovae, they will be able to register such transformations.

“If it’s really a pulsar or magnetized wind nebula in the center of an exploding star, it can push gas from within and even disperse it,” he explains. “If we return to some of these events in a few years and carry out careful calculations, we will be able to observe how the gas enriched in oxygen moves away even more rapidly from the explosion.”

Superbridge supernovas are considered potential sources of gravitational waves and black holes. Astronomers suggest that they can be associated with other types of explosions such as gamma-ray bursts and rapid radio bursts. Researchers want to understand the fundamental physics behind these processes, but they are difficult to observe because of their relative rarity and the fact that they occur so far from the Earth. Presumably, only the next generation of telescopes will be able to observe these events in detail.