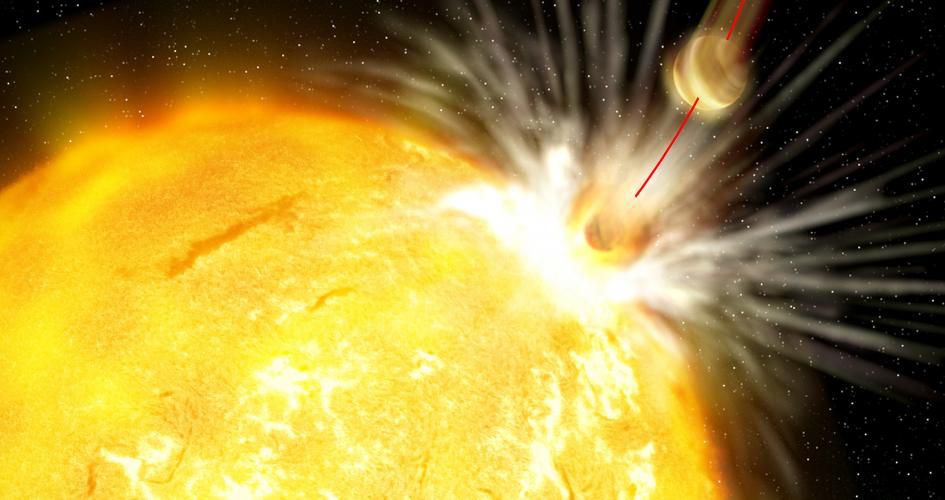 The international team of astronomers including researchers from the Chicago university, the USA made infrequent discovery of planetary system which parental star is similar to the Sun. Especially intriguing there was an unusual structure of a star which points that it absorbs some of the planets.

Researchers led by Jorge Mendeles (Jorge Melendez) studied a star of HIP68468 which is apart 300 light years from us. By means of the 3,6-meter telescope installed in La-Silia’s, Chile, observatory these scientists opened the first exoplanet in 2015. Newer discovery made by team still waits for confirmation, however the speech in it goes about two candidate planets – the superneptune and the superzeml. Orbits of these planets lie surprisingly close to a parental star, at the same time one of planets is 50 percent more large than the Neptune and is from a parental star at the same distance as Venus from the Sun. Other of these planets which became to the first superzemly, found in an orbit around a star, similar to the Sun, has weight about three mass of Earth and is so close to a star that makes one revolution on an orbit around it only for three days.

“These two planets, most likely, migrated inside from an external part of planetary system while internal planets of system were pushed out from it or are absorbed by a star”, authors in the work write.

Chemical composition of a star of HIP68468 indicates absorption of planets by it as at its structure there is an excess amount of lithium which intensively decays in a subsoil of stars, however is rather steady in more cold subsoil of planets. It is apparent that this lithium got to a star relatively recently probably through absorption of one or several planets in system of this star, scientists conclude.