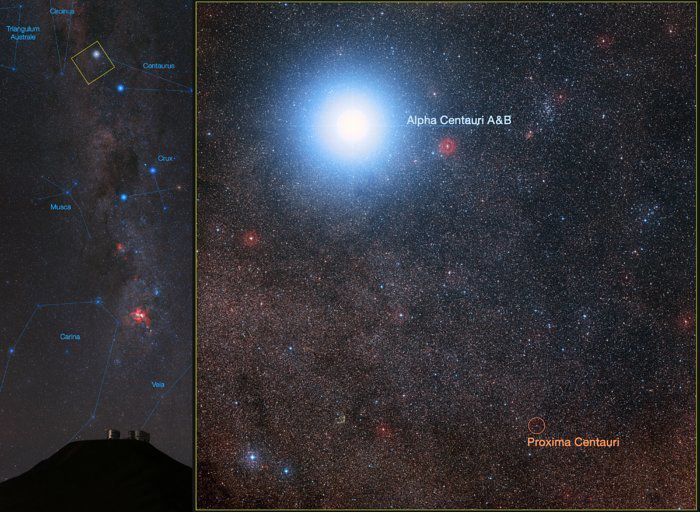 The European southern Observatory (European Southern Observatory, ESO) has signed with representatives of the project Breakthrough Initiatives the agreement on modification of the equipment mounted on the telescope Very Large Telescope (VLT) located in Chile, searches for planets in nearby star system of alpha Centauri. Such planets can become scientific purposes miniature space probes, the launch of which is expected in the framework of the Breakthrough Starshot.

In the framework of this agreement stipulates the improvement of the design of the instrument VISIR (VLT Imager and Spectrometer for mid-Infrared), installed on the VLT telescope. The potential of this instrument as a “hunter planet” to expand significantly in the case of use of adaptive optics and a method called chronographia, which allows to separate the star light from the signal of a hypothetical earth-like planets. Breakthrough Initiatives will Finance a large part of the development of technology to conduct this experiment, while ESO will securing Supervisory capacity and time on the telescope.

This new equipment includes a module of the tool, the contract for which was signed with the firm Kampf Telescope Optics (KTO), Munich, Germany, is equipped with a wavefront sensor and an innovative device to calibrate the sensor. In addition, the future plans of the conversion of this tool appears as a new coronagraph, developed jointly Legskin University, Belgium and Uppsala University, Sweden.