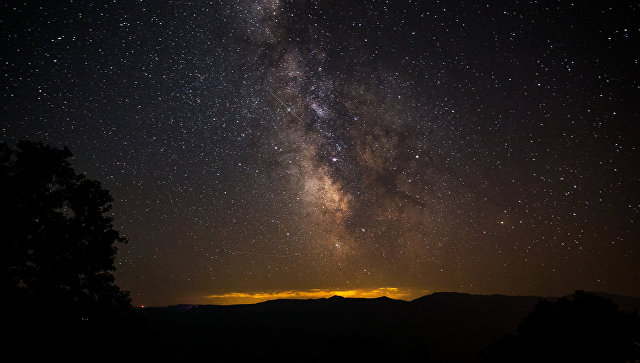 Astrophysicist Ethan Siegel suggested that the sky will be visible to the inhabitants of the Milky Way in ten billion years, after mankind is killed by the Big Bang. The scientist has stated the theory in magazine Forbes.

According to Siegel’s calculations, the sky will be very different from the current one. So, there will be more red giants, and the Milky Way galaxy will take the form of an elliptical halo instead of a disk. In addition, in space there will be less dust and gas and fewer areas with star formations.

The main reason for this outcome is that the astrophysicist calls the merger of the Milky Way with the Andromeda galaxy, which will occur in about four to seven billion years, as well as with other nearby galaxies.

However, if new intelligent beings appear in the new galaxy, they will not be able to see anything outside the star cluster, even with the help of telescopes, since galaxies from other systems will keep farther from ours.

Accelerated expansion of the universe, according to the scientist, will lead to the fact that new earthmen will seem that they are alone in the universe.

Siegel also hypothesizes that reasonable inhabitants of our galaxy will be asked already other questions concerning the cosmos. They will have no evidence that the universe is expanding, since remote galaxies will be invisible, and there will be no idea of ​​the Big Bang.

At the same time, the astrophysicist suggested that creatures that could live up to the Big Bang had completely different ideas about the cosmos than modern humans.

According to the conventional cosmological concept, the universe began to expand after the Big Bang, and before it was in an extremely dense and hot state, called the cosmological singularity.