Astrophysicists clarified the nature of the mysterious “Hanni Object” 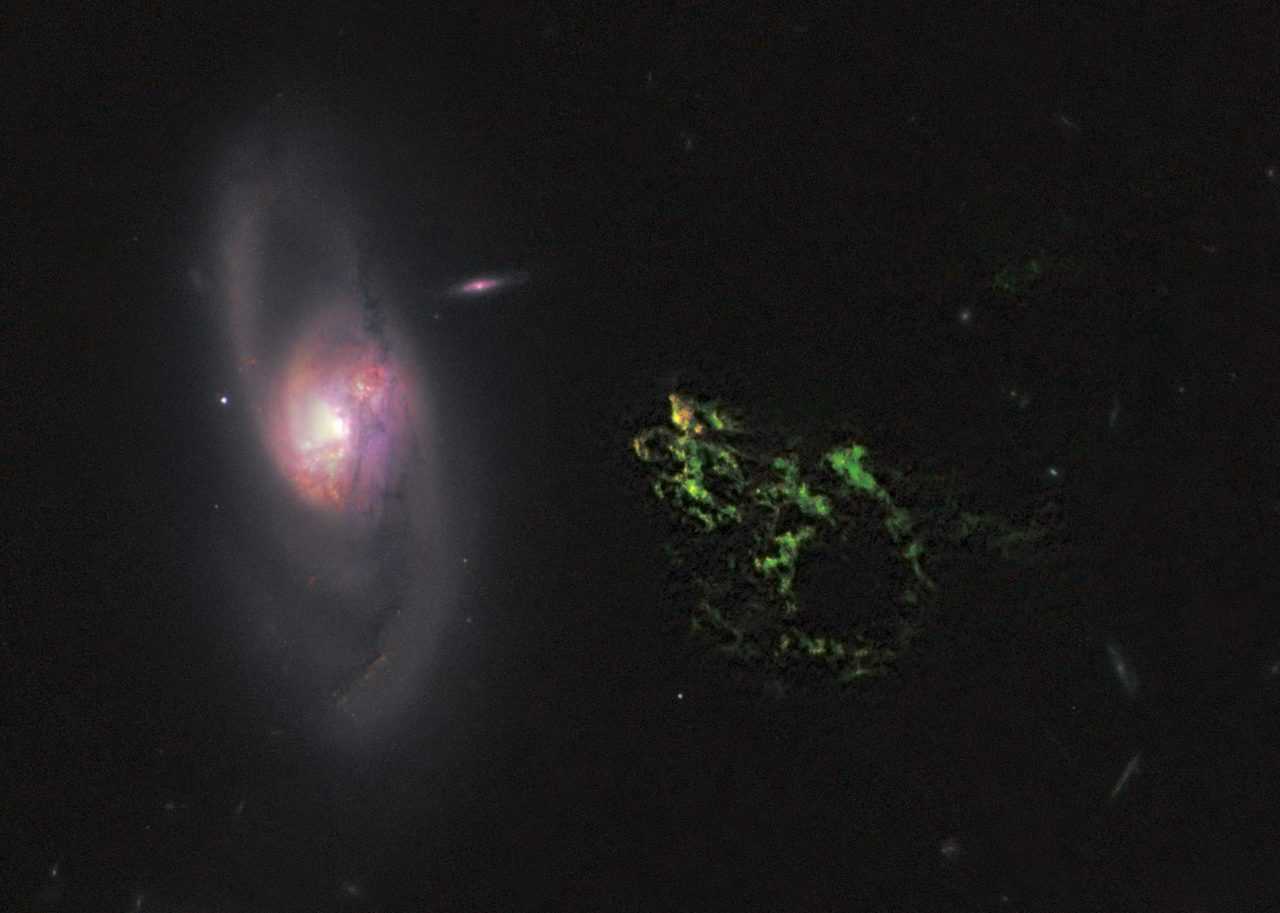 Swiss scientists have conducted unique observations of a mysterious hole cloud the size of a galaxy – “Hanni Object” really turned out to be the echo of an ancient quasar.

This year, the “Hanni Object” puzzle was exactly 10 years old: in 2007 the Dutch teacher Hanni van Arkel, who participated in the volunteer project Galaxy Zoo, noticed a strange cosmic cloud. It stretched almost to the size of the Milky Way, and on the images of the Hubble telescope and other instruments, one can see a huge central hole and gas-dust clouds illuminated by powerful radiation. The facility is about 650 million light-years from us and only 100,000 light-years from the neighboring galaxy IC 2497.

It is supposed that this may be the “echo” of a powerful quasar, the active core of the galaxy, which for an unknown reason has strongly flared up – according to calculations – about 100 thousand years ago. Perhaps there is a supermassive black hole that actively feeds and emits powerful jets. Maybe it’s just hiding a dense cloud.

Lia Sartori and her colleagues from the Swiss Federal Institute of Technology (ETH Zurich) conducted new observations of the “Hanni Object” using the NuSTAR space telescope. This is a relatively small device that works with photons of hard X-ray range, and he allowed to see the mysterious cloud “on the skylight”, registering X-ray photons of the galaxy IC 2497, breaking through it. 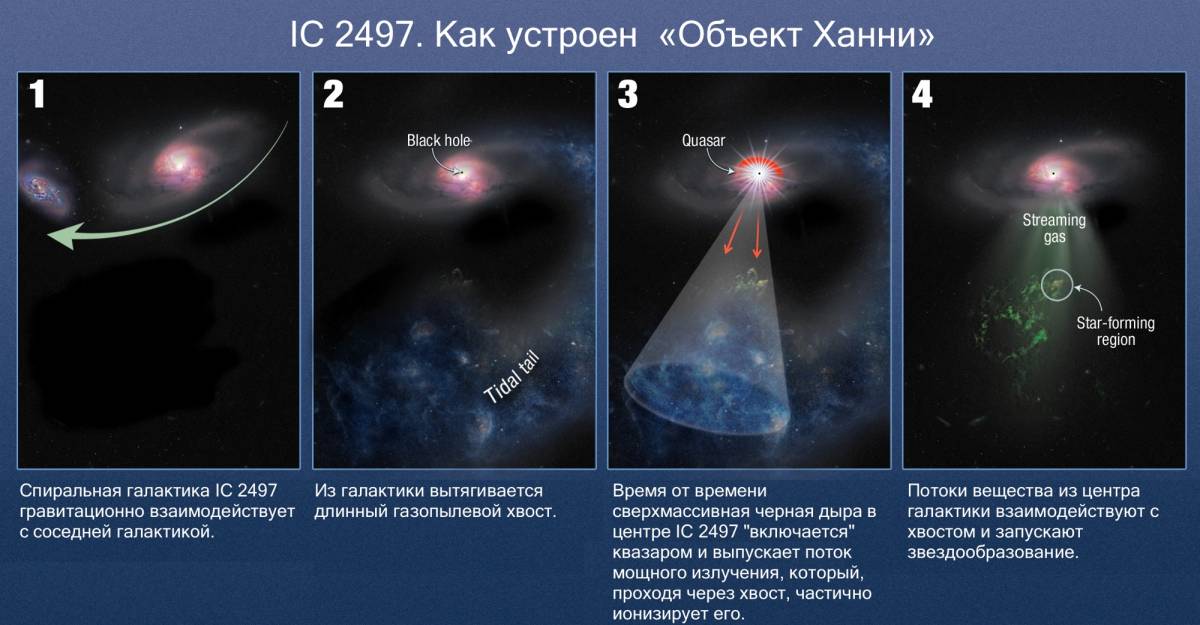 In an article presented in the online library of preprints arXiv.org, Sartori and co-authors report that in the center of the Hanni Object there really is a quasar shielded by a cloud of dust. It is slightly less active than imagined, and its brightness ranges from 50 billion to 100 billion suns. For the last 100 thousand years – from that event, the echo of which is seen today in the form of the “Hanni Object” – this value fell every 50.