Astrophysicists have determined the rotation speed of the milky Way 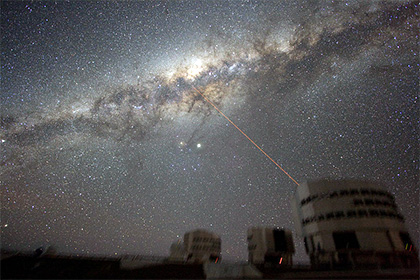 Scientists of the Harvard-Smithsonian center for astrophysics have determined the rotation rate of the milky Way around its axis at the point where the Sun is.

Scientists are inclined to believe that the second method gives a more correct estimate of the speed of rotation of the galactic disk with a radius equal to the distance from the center of the milky Way to the Sun.

The rotation curve describing the dependence of the orbital velocity of stars and gas as a function of the distance to the center of the milky Way best explained by the second observation.

The first method is based on measuring the maximum speed of emission of neutral hydrogen as a function of galactic longitude. Second — radiointerferometry with superlong bases and related BeSSeL (Bar and Spiral Structure Legacy) and VERA (VLBI Exploration of Radio Astrometry).