Astrophysicists modeled the absorption of stars by black holes 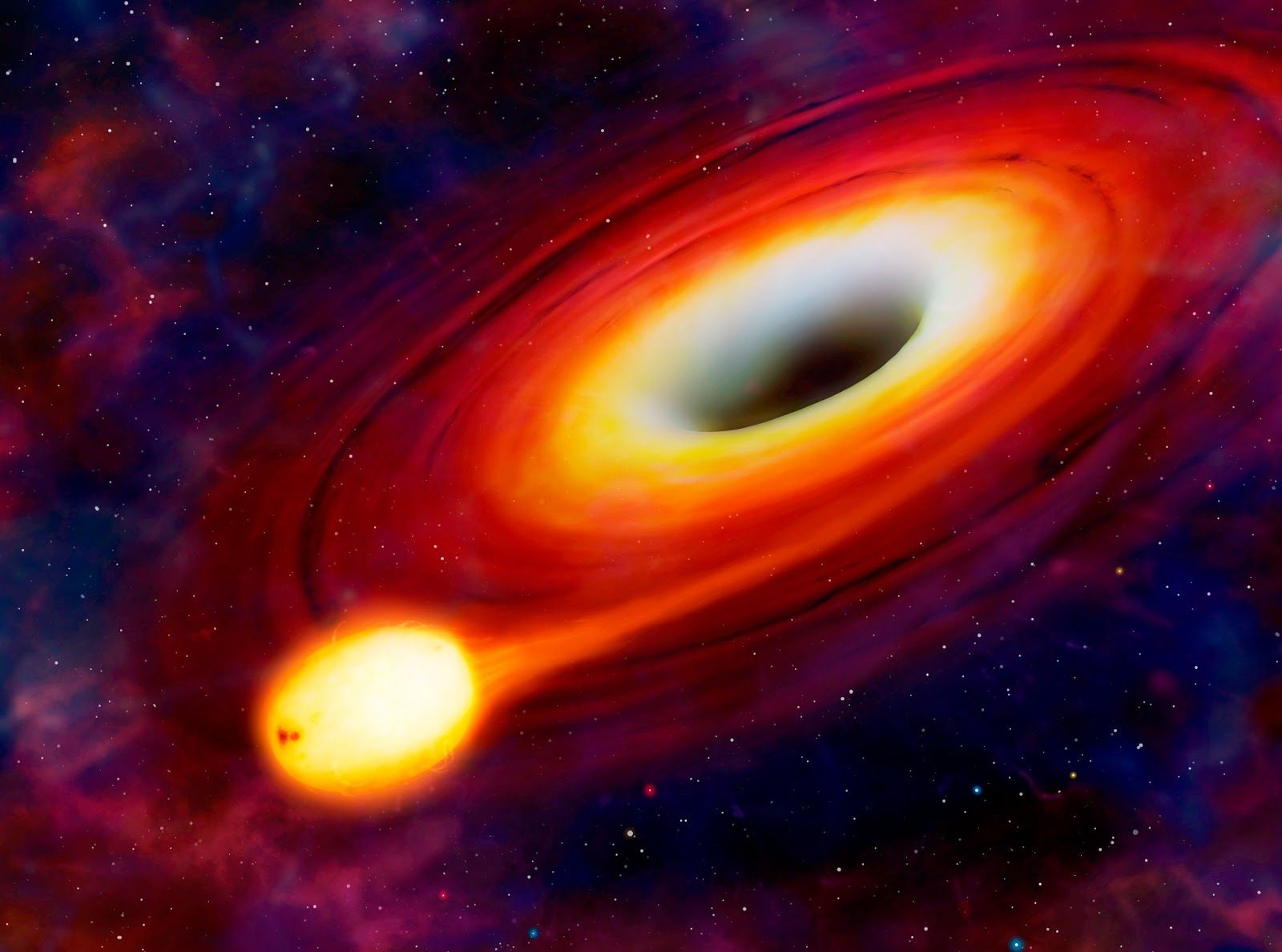 Scientists have discovered why there are differences in observing tidal fracture events-processes in which a black hole “tears apart” and absorbs a closely spaced star.

A group of scientists led by Jane Lixin Dai of the Niels Bohr Institute created a theoretical model that summarizes the results of a multitude of observations of tidal disruption events (TDE). These rare phenomena occur when a star collapses, coming too close to a black hole. The model will allow us to classify various TDEs and learn more about the processes taking place in the centers of galaxies. The study is published in the journal Astrophysical Journal Letters.

According to modern ideas, black holes are in the center of many galaxies. It is difficult to observe the processes that take place there, since most of these objects are “silent” – they do not absorb matter and do not emit radiation that can be fixed with tools. However, if a star approaches the black hole, the tidal forces of the object will destroy it: while a part of the matter of the deceased star is thrown into space at a high speed, and everything else falls on the black hole, creating powerful radiation. This study can be observed with the help of modern technologies, therefore TDE is a unique opportunity for scientists who are studying the centers of galaxies.

Events of tidal destruction are rare, galaxies survive them not more often than once in 10 thousand years. In total astrophysicists managed to fix several dozens of such events in different galaxies. The basic physical processes that underlie all TDEs are similar, but these events are observed in different ways: some become the source of mostly X-rays, others – the visible or ultraviolet.

The authors of the new work compared these observations and created a unified model that includes the general characteristics of all the latest TDE studies. According to scientists, the difference in the results arose because we observe these events at different angles, depending on how the galaxy is oriented toward the Earth. X-rays can be seen only if a relatively narrow “funnel” in the vicinity of the jet of jet that escapes from a black hole appears in the field of view from the Earth. In all other cases, our instruments catch primarily ultraviolet and visible radiation. 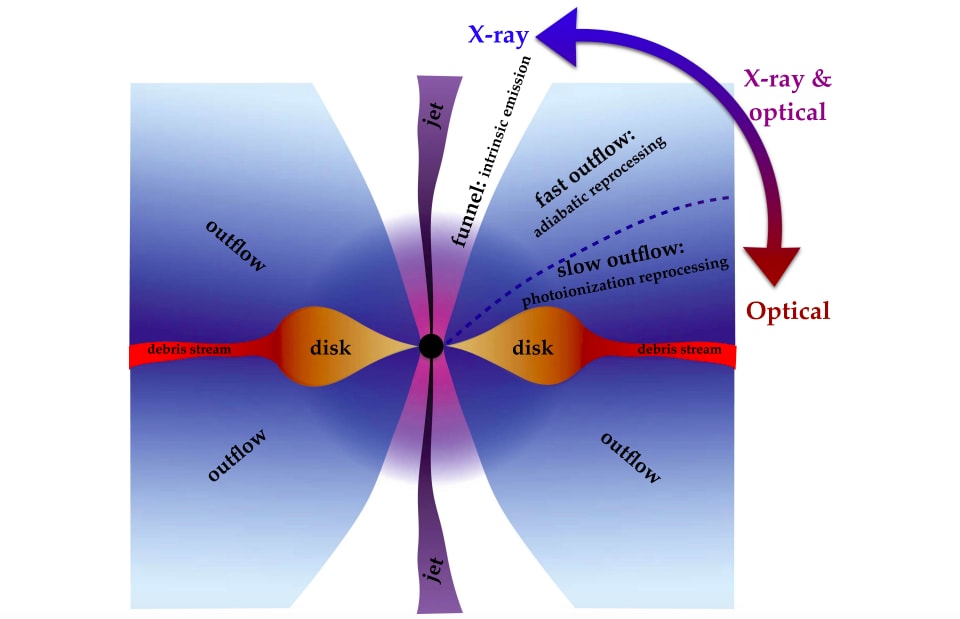 According to the authors of the work, several projects are planned for the coming years, which will allow to observe hundreds of TDE. These observations will help to supplement the model and to find out in detail what exactly happens during the absorption of stars in the center of the galaxy.