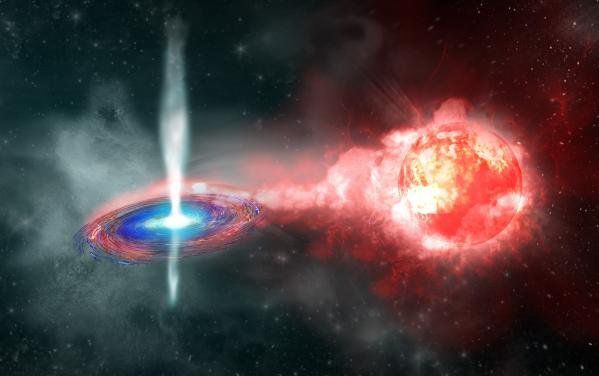 As already known, all the big stars at the “decline” of their existence, when all their resources of helium and hydrogen are depleted, “end” with a supernova flash. In fact, this is a thermonuclear explosion of incredible power that occurs when the bowels of a dying star are rapidly compressed, heated to an ultrahigh temperature, and the nuclei of elements heavier than iron are fused. White dwarfs, which are considered the remains of small stars, due to the “borrowing” of matter from their large “neighbors”, or merging with each other, are also able to turn into supernovae.

It is supernovas, according to modern scientists, these are the main “suppliers” of matter in our universe. They produce most of all heavy elements, which then spread through galaxies, which contributes to the birth of new stars and planets. In addition, supernovas are attributed to the number of potential perpetrators of the “death” of many galaxies, in which new stars cease to emerge, and are considered the main source of antimatter in the Milky Way.

Now at the University of Oxford, British astrophysicists, headed by Professor Gianluca Gregory, are preparing an experiment in which they will try to recreate some of the processes taking place in the super-hot supernova. A member of the team of scientists, Jena Meinecke (Jena Meinecke), described how, with the help of impulses with a power in petavat produced by a super powerful ORION laser, they will compress and warm up to tens of millions of degrees Kelvin samples of matter. Thus, it may be possible to understand how the supernova remnants expand, what particles it generates, and what will be the reaction of the surrounding space to this explosion.

Scientists called this experiment “pocket supernovae.” Minecke says that this is a huge step in understanding the extent to which supernovae influence how galaxies evolve, and even help us “see” them at different stages of development. They will reveal not only the secret of their birth, but also the way they influenced the birth of the Earth and other potentially inhabited planets.