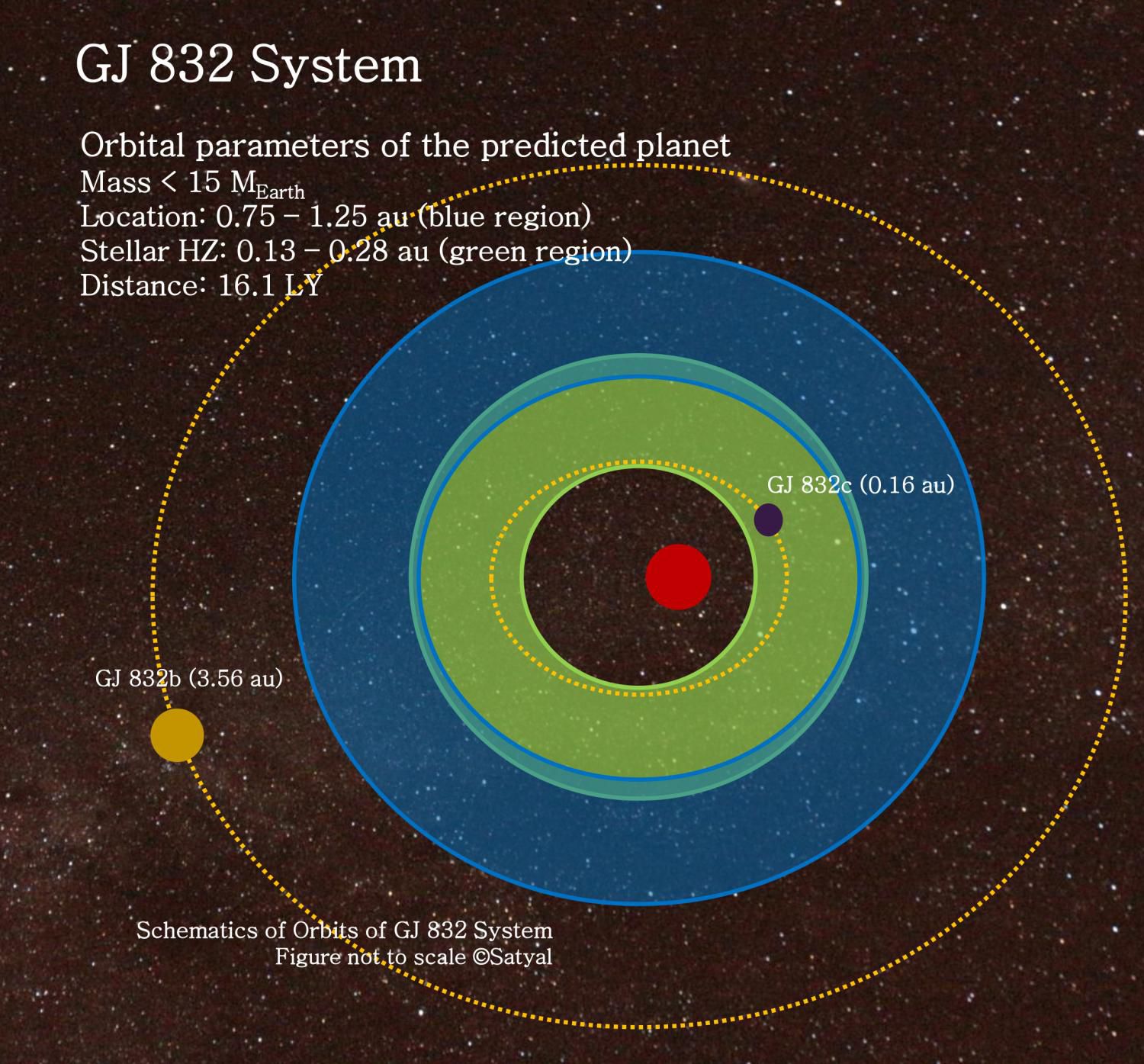 Astrophysicists from the University of Texas at Arlington, USA, predicted that in a star system located at a distance of only 16 light-years from us, a planet about the size of Earth might be hiding.

The team investigated the Gliese 832 star system in search of additional exoplanets located between the two currently known planets of the system. Their calculations showed that an additional earth-like planet with a dynamically stable configuration can be present in the system at a distance from 0.25 to 2 astronomical units (1 au = distance from the Earth to the Sun) from the parent star.

“According to our calculations, this hypothetical extrasolar planet probably has a mass between 1 and 15 Earth masses,” said Suman Satyal, the lead author of the new study, a physics teacher at the University of Texas at Arlington.

The Gliese star 832 is a red dwarf with a mass and radius about half that in comparison with the corresponding parameters of our Sun. Around the star two orbits move in orbits: a giant planet of the Jupiter type, called Gliese 832b, and the super earth of Gliese 832c. The gas giant has a mass of 0.64 times the mass of Jupiter and revolves around the star in an orbit with a radius of 3.53 AU, while the second planet is a rocky world with a mass of about 5 Earth masses, which is very close to the star – at a distance of only Only 0.16 au From the light.