At the boundaries of the Solar System, there are two “planets X” 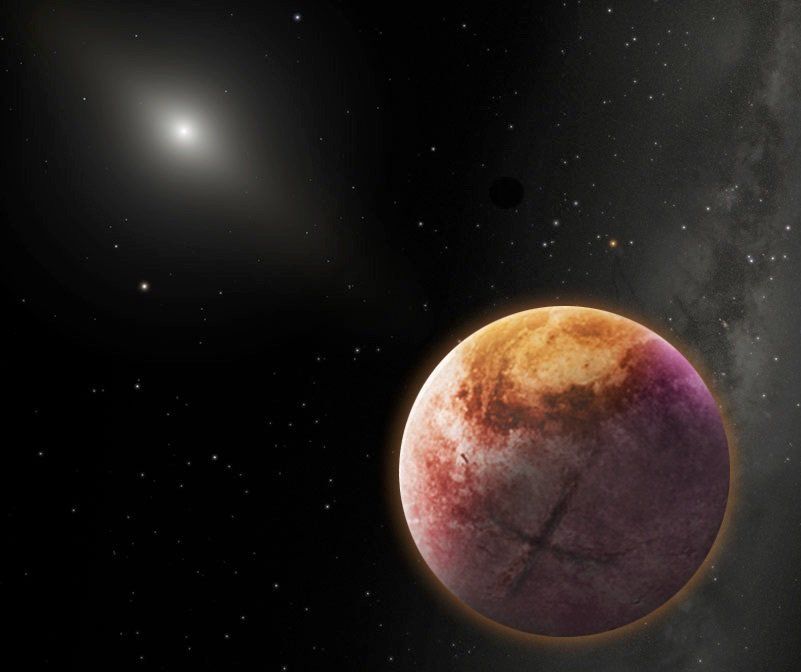 In early 2016, Michael Brown and Konstantin Batygin, employees of a technology institute in California, announced that they were able to determine the position of the ninth planet in the solar system. The so-called mysterious “Planet X”, according to them, weighing 10 times the mass of the Earth, is located at a distance from the Sun at 41 billion kilometers.

Specific evidence that could confirm the existence of a mysterious planet, the scientists have not yet discovered, except for strangely moving asteroids and a series of dwarf planets in the Kuiper belt. According to preliminary estimates of scientists, the period of rotation of “planet X” around the Sun – one revolution for 15 thousand years, which also does not yet make it clear where it is.

About six months ago, colleagues from the University of Arizona (USA) – Kathryn Volk (Kathryn Volk) and Renu Malhotra (Renu Malhotra), presented the calculations of possible orbits of the “Planet X”, and then put forward assumptions about the possibility of the existence of two such objects, instead of one . If we consider that all planets within the solar system are already open, then it is impossible to find an explanation for the anomalies discovered. Only a planet, at least commensurate with Mars, can generate them.

In the process of analyzing the orbits of objects in different parts of the Kuiper belt, the presence of two groups of dwarf planets with an unusual inclination and elongation of orbits relative to the orbits of other objects on the boundaries of the solar system was discovered. The first were concentrated in 40-42 astronomical units from the star, and the planets from the second “population” in approximately 50-80 units. The first anomalous group was “connected” with the movement of the giant planets and the “Planet X” of Brown and Batygin, and the second “spoke” about another fairly large planet. The curvature of their orbits was not so strong, which indicates a much smaller size of the tenth planet in comparison with the “planet X”, which is already called “super-Earth” and “mini-Neptune”.

The tenth planet, as calculated by Malhotra and the Wolf, is the size comparable to the size of Mars, with the location of the celestial body to the Kuiper belt and other planets of the solar system, will be much closer, approximately 65 astronomical units from the Sun. Because of this, the discovery of this planet can occur much earlier than Brown and Batygin “deal with” the gas giant.

But why has not this happened so far, planetologists associate it with the possible passage of its orbit through the sky in the location of the bright disk of the Galaxy, the radiance of which “eclipses” the weak light of the object on the boundaries of the Solar System.