At the poles of Jupiter, a storm the size of the Earth is raging 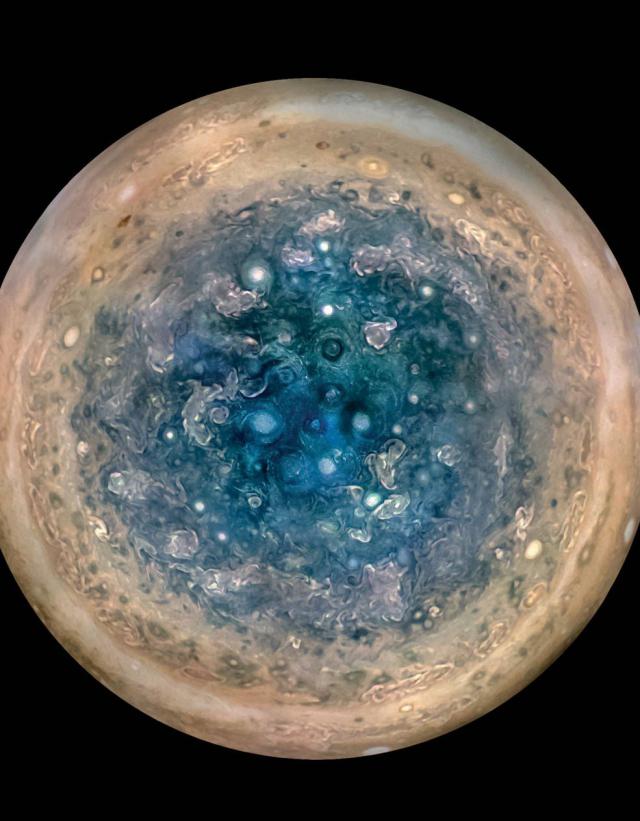 NASA published the results of processing data obtained in August 2016 by the Juno apparatus from the orbit of Jupiter. Images show that the largest planet in the solar system represents a very complex turbulent world. On this planet there are giant polar-sized cyclones with the size of the Earth with storms that go down to the heart of the planet.

In addition, the scientists found that the magnetic field of Jupiter is much stronger than previously thought.

Juno was launched on August 5, 2011. On July 4, 2016, he entered the orbit of Jupiter. August 27, he collected the first portion of data on the gas giant, flying at a distance of 4.2 thousand kilometers from the upper clouds of Jupiter.

The images taken by the JunoCam camera show that both poles of Jupiter close a storm the size of the Earth. They are very close, literally touching each other.

Juno is in polar orbit. Most of his coil he spends away from the planet, but every 53 days he approaches the north pole of Jupiter, after which he makes a two-hour transit to the south pole. During this period, all eight instruments of the probe are used. Sending 6 megabytes of data received during this flight can take 1.5 days.

The next rapprochement of Juno will take place on July 11. The device will have to capture one of the most impressive formations on Jupiter – the Great Red Spot.