At the Rover broke down laser cannon 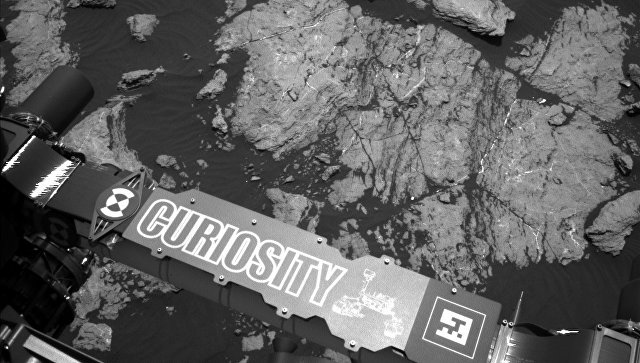 ChemCam laser cannon, installed on the Rover Curiosity has been temporarily disabled by the NASA during the last stop of the Rover at the weekend, due to suspicion of a malfunction, according to the jet propulsion Laboratory of NASA.

In 1585 day (Friday), Curiosity drove about 11 meters, which is good, but the telemetry showed that the camera ChemCam has written himself sick, so we won’t be able to use it this weekend as long as the engineers will not deal with the problem. Despite this, the Mars Rover has something to do — said Ken Herkenhoff (Ken Herkenhoff), Deputy project Manager Curiosity.

The Rover Curiosity, exploring the secrets of Mars since 2012, is equipped with a dozen different scientific instruments, the most notable and largest of which is the camera and ChemCam laser gun. It is one of the fastest and most versatile instruments on Board the Rover, which allows you to almost instantly determine the chemical composition of an arbitrary area on the surface of Mars by firing its laser pulses and studied the spectrum of the plasma produced by evaporation of the irradiated species.

In July last year, NASA allowed the Rover to use this device using artificial intelligence AEGIS, developed today at NASA as the basis for the Martian robots of the future.

Last Friday, Curiosity was supposed to thoroughly examine the whole block of continental rocks emerging from the soil of Mars, which recently came across the Rover, including to bombard it with laser ChemCam.

It tells Herkenhoff, this did not happen – before beginning these experiments on-Board OS of the Rover marked the camera as a sick device that forced scientists to cancel these plans. The reasons for this are not yet known, and engineers of the mission plan to find them soon. Today NASA plans to check the work of another instrument, spectrum analyzer, soil and dust CheMin.

On the other hand, the potential damage to the laser cannon, the work of the Rover is not stopped, and over the weekend and beginning Monday he got a lot of photos of several unusual stones, and swept one of the stones to explore its structure by using cameras and x-ray spectrometer.

In addition to ChemCam, it remains unclear the fate of another one main instrument Curiosity it borax, whose leading mechanism jammed at the end of November. The device in principle remains functional, but NASA don’t see the need to risk and try to figure out how to force the engine to return to normal operating mode.