At the south pole of Mars, a giant hole 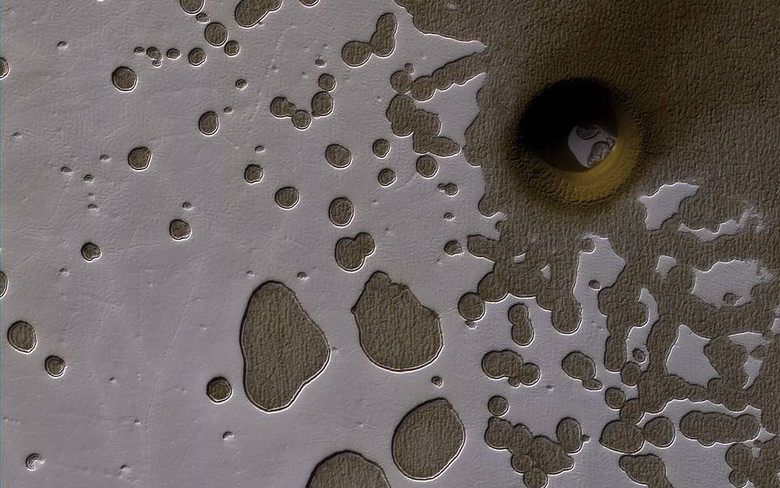 A huge hole in the surface can be seen in the picture, which was made on March 25, 2017 by NASA’s orbital station. The object is located in the area of ​​the South Pole of Mars, where the surface is covered either by water ice, or by frozen carbon dioxide. The dent is made neat and its diameter reaches several kilometers. 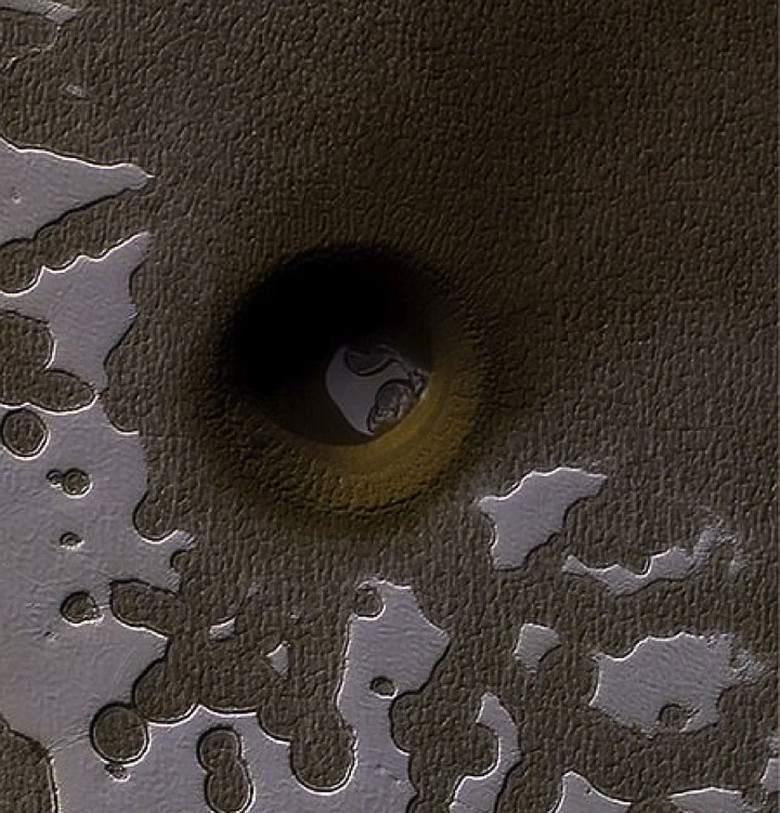 NASA doubts that the dent formed a fallen meteorite – it does not look like a shock crater. More or less plausible, but not necessarily true, according to experts, it seems that the anomaly arose as a result of some geological processes.