At the southern pole of the Moon, large deposits of ice 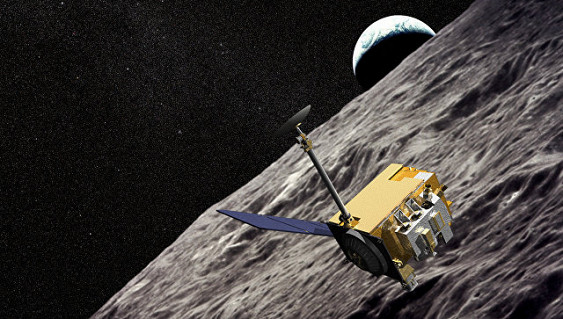 The LRO probe unexpectedly discovered new ice reserves in the “bright” craters at the south pole of the moon, which significantly increased the water reserves on the satellite of our planet, the article published in the journal Icarus says.

“We always thought that the ice on the Moon should be present at all points where the temperature is low enough to form ice, but in fact this is not always the case, and this feature of the Moon has long been intriguing us. Now we have enough data to To begin to reveal the riddle about how this water came about, which is important not only for the colonization of the Moon, but also for answering the question of where the water came from on Earth, “says Matthew Siegler of the Tucson Planetology Institute USA).

One of the main discoveries of the LRO probe was that this spacecraft, in company with the LCROSS probe, managed to find traces of the presence of water in the Cabeus crater at the south pole of the Moon. In addition, the LRO found a kind of “permafrost zone”, where the sun’s rays do not reach and where the ice should theoretically exist forever, and in 2012 the probe found that ice is present in the “light” parts of the craters.

A key role in the commission of this discovery was played by the Russian neutron detector LEND, which prompted scientists at NASA and their domestic counterparts to point to the south pole where the possible share of water and ice was maximum. This discovery led scientists to guess where the water on the Moon came from, who brought it there, and how it managed to survive without evaporating under the action of the sun’s rays.

New reserves of ice, the existence of which scientists had not previously suspected, were found by Ziegler and his colleagues using two other LRO instruments – the LOLA laser altimeter and the infrared “Diviner” thermometer, capable of measuring even small fluctuations in temperature on the surface of the moon.

Using both of these tools, scientists have prepared two unusual maps of the moon – how “warm” are the different regions on its surface, and how well they reflect light. The combination of these parameters, as Ziegler explains, makes it possible to accurately find the ice reserves – frozen water, according to the scientist, is usually colder than the “dry” lunar soil, and at the same time it reflects light better.

In the past, NASA scientists and their Russian colleagues searched for water on the Moon only in dark and cold craters at the poles of Earth’s companion, where the sun’s rays do not penetrate at all or come extremely rarely, which helps the ice avoid evaporation into space.

Comparison of data with Diviner and LOLA showed that this approach was erroneous – it turned out that large ice reserves were concentrated not only in cold and dark, but also in bright and relatively warm craters at the south pole of the Moon.

Such a discovery enhances the mystery of the lunar water reserves – on the Moon, despite the great distance between it and the Sun, contains about four times less ice than on Mercury, the first planet of the solar system. Why this is so, the scientists do not yet know, and they hope that the new LRO observations will help to find the answer to this question.