At the weekend, the Earth passed through the Lyrids 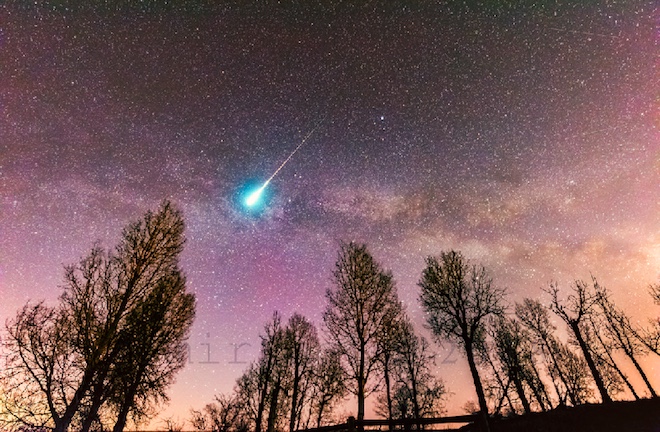 Last weekend, the Earth passed through the meteor shower of Lyrida, connected with Thatcher’s comet. On Sunday morning in the northwest of the city of Calgary in Canada, Harlan Thomas witnessed the emergence of a huge meteor. According to Thomas, the fireball lit the firmament at 3:18 am, and the smoky trail from it was visible for 90 seconds. He said that he managed to observe other meteors, but they were few – about 10-15 per hour.

Other observers around the world also reported 10 meteors per hour – this is quite a normal amount for this stream. In previous years, the meteor shower was more numerous – in 1982 the hour number reached 90. In 2018 there were no reports of such figures, but, as Thomas remarked, sometimes one meteorite is enough.

The period of activity of Lyrids is from 16 to 25 April. It is interesting that the first mention of the stream is recorded in the monument of historical prose of Ancient China “Zuo Zhuan” and dates back to 687 BC. e.