At the weekend you will see a very bright Jupiter 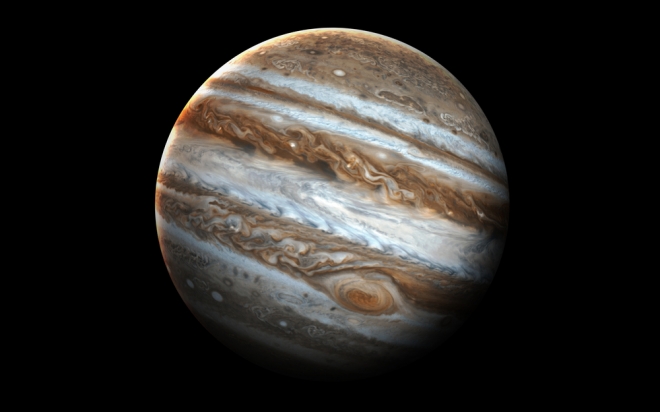 The largest planet of the solar system will shine in the night sky this weekend. Jupiter will approach Earth as close as possible on April 7, 2017 and will be the brightest for the whole year. Surrounded by rings and moons, the giant will reach the point of confrontation.

The heavenly event, which will happen on Friday night, is called confrontation (or opposition). Jupiter will be located on a straight line with the Earth and the Sun and will spend all night on the earth’s sky. The planet will ascend to the east at sunset and will set in the west before sunrise.

“The best time for observation is when Jupiter is the highest in the sky, closer to midnight,” advises meteorologist Dave Samuel.

No special equipment is needed to see Jupiter. This is one of the five planets visible to the naked eye. But those who have a telescope or binoculars will see something especially interesting – three or four of the largest moons of Jupiter. In total, Jupiter has 53 natural satellites, but it is easiest to distinguish the four largest moons. If you use a telescope, you can see even the red clouds around the planet.

If on the night of confrontation the sky will cover the clouds, do not worry – just follow the forecast for Gismeteo. In the next few weeks you will have plenty of opportunities to see Jupiter. A few days after the confrontation, the planet will rise with the full moon, and it will be easy to discern. Photographers will be able to capture both the Moon and Jupiter in one frame.

The planet will remain well visible in the night sky for the next couple of months. However, gradually it will grow dim and go away from the sky all earlier and earlier.