August 21, US residents will see a solar eclipse 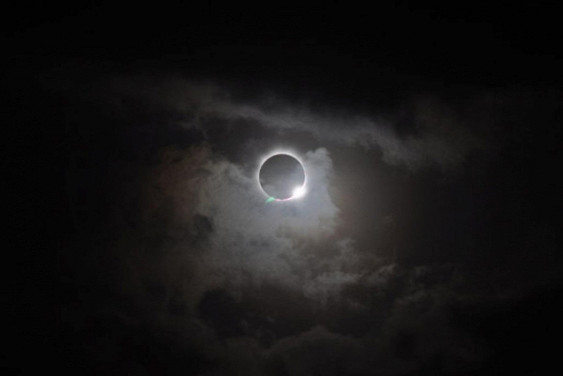 At the end of the summer, August 21, residents of the United States will have the opportunity to look at a total solar eclipse. This will happen for the first time in 99 years.

This news is reported by NASA employee Thomas Zurbuken. He notes that this event is very important for both Americans and the whole of science in general. A characteristic feature of this natural phenomenon in 2017 will be that it will be able to cover the entire continental part of the USA from the east coast to the western, in a total of 14 states. The last time the US residents had the opportunity to observe the total eclipse in 1916, that is, 99 years ago and, as Zurbuken says, it is not known when this may happen again in the future.

According to NASA staff, the impending blackout can give scientists “unprecedented data.” That is why the American authorities plan to attract 11 space vehicles, several aircraft, the crew of the International Space Station and about 50 balloons equipped with cameras. Among other things, will be a high-quality online broadcast. However, Thomas Zurbuken urged people to take to the streets at a briefing, not forgetting about the sunglasses.

On the territory of Russia, the inhabitants of the northeast and the Chukchi Peninsula will be able to see the eclipse.