Barkhans on Mars help to study the direction of the wind 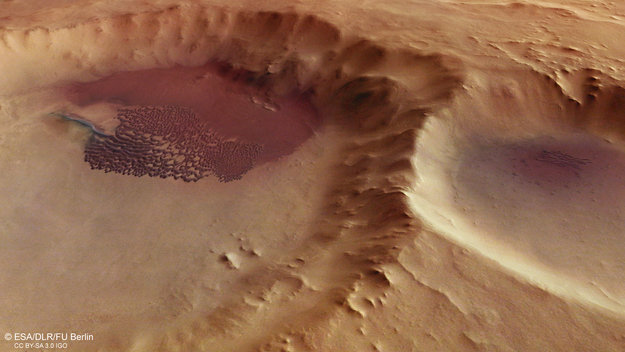 Scientists use barkhans on the surface of the Red Planet to study the direction of the wind.

Sand or dust dunes are often an indicator of winds, their intensity, duration and direction. A special role is played by dunes on Mars, not only dunes in open areas, but also dunes located inside the craters. In the photo shown below, you can see the dunes inside one of the Martian craters. His photograph was taken by the orbiting spacecraft Mars-Express on May 16 this year. This crater is in the area of ​​the famous Mount Olympus.

Most of all, strong winds are involved in the formation of the dunes. In the study of the Martian surface, scientists discovered crescent-shaped dunes, also known as barkhans, in 48 craters. The width of these dunes is about 1 kilometer. 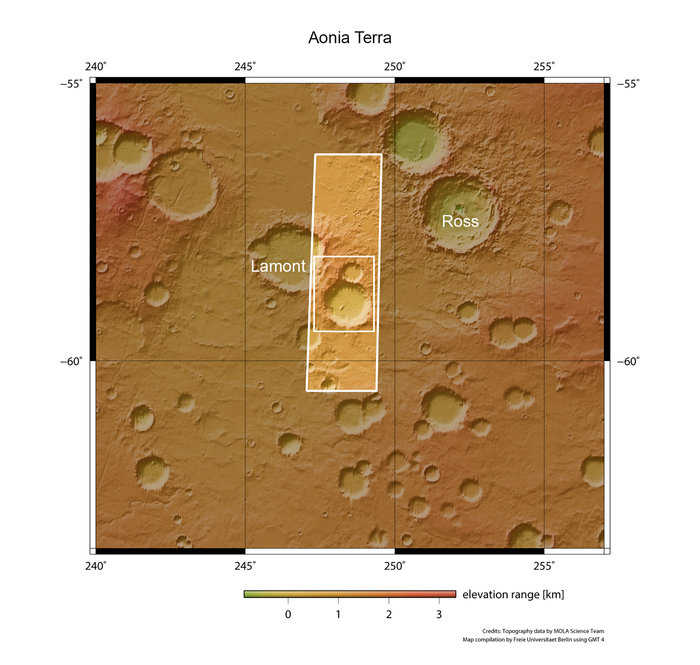 By the way, barkhans are the most common type of dunes on Mars. Exactly the same dunes are common in arid deserts on Earth.