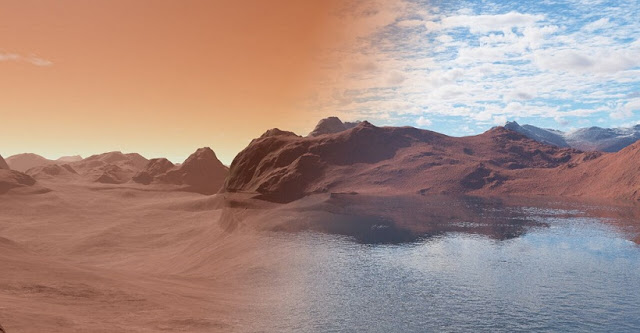 Planetologists found that the interesting lies in the bowels of the Red Planet.

In the search for life on other planets, scientists are primarily looking for traces of fresh water – the basic and necessary condition of life. And although today’s Martian surface is barren, frozen and unsuitable for life, scientists have every reason to assume that in ancient times Mars was a warm and humid planet on the surface of which liquid water flowed in the form of rivers, lakes and streams.

Today, scientists are trying to solve a riddle about where this water could have gone. A study by planetologists suggests that water particles can be enclosed in Martian rocks.

Scientists from the Department of Earth Sciences in Oxford, suggested that the Martian surface reacted with water, and then swallowed it, making the planet uninhabitable.

The study involved the methods of computer simulation, as well as all the data received about Mars by spacecraft.

The results of the experiment showed that the basaltic rocks on Mars can contain approximately 25 percent more water than the same rocks on Earth, since the Martian rocks have pulled most of the water from the Martian surface.