Began the season of noctilucent clouds 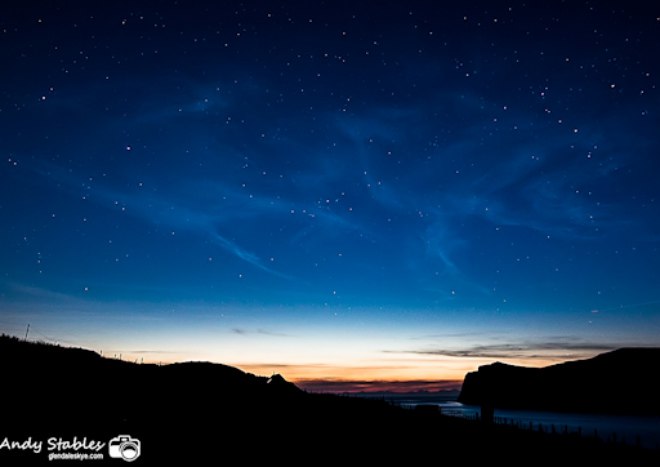 Season of noctilucent clouds this year officially opened. Space the AIM spacecraft NASA has captured them on may 24, now now observers in different places can see them too. Andy Stables captured the unusual clouds on the Isle of Skye in Scotland on may 27.

The silver clouds float on the edge of space at more than 80 km above the surface of our planet. They filled with tiny ice crystals. When solar rays fall on the crystals, clouds glow electric blue light.

Silver the clouds were first observed in the 19th century after the eruption of the volcano Krakatau. At that time people thought that clouds were caused by the eruption, but when the Krakatau eruption ended, the clouds remained. In the last years noctilucent clouds appear more often and in different parts of the world, they increased and spread far South to Utah and Colorado. This may be a sign of increased emissions of greenhouse gases in the Earth’s atmosphere, scientists say.