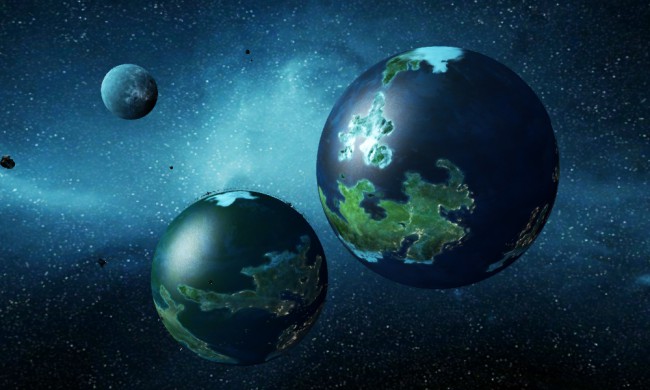 Astronomers Carlos and Raul de La Fuente Marcos once again suggested the existence beyond the orbit of Pluto two large supertall. Scientists have linked the observed clustering of the perihelion (nearest to the Sun point of the orbit) the seven objects located beyond the orbit of Neptune, the gravitational influence of Planet X. To their conclusions scientists have come, having a computer simulation of the dynamics of celestial bodies using the method of Monte Carlo.

The researchers also assessed the exact location of the aphelion (farthest from the Sun point of the orbit) of the object. On the possibility of existence beyond Pluto two supertall Carlos and Raul de La Fuente Marcos speak with 2014.

On the possible discovery beyond the orbit of Pluto Planet X scientists reported in mid-January 2016. A potential ninth planet of the system revolves around the Sun in an elongated orbit (and inclined relative to Earth’s orbit plane) with a period of 15 thousand years, and physico-chemical properties reminiscent of Neptune.