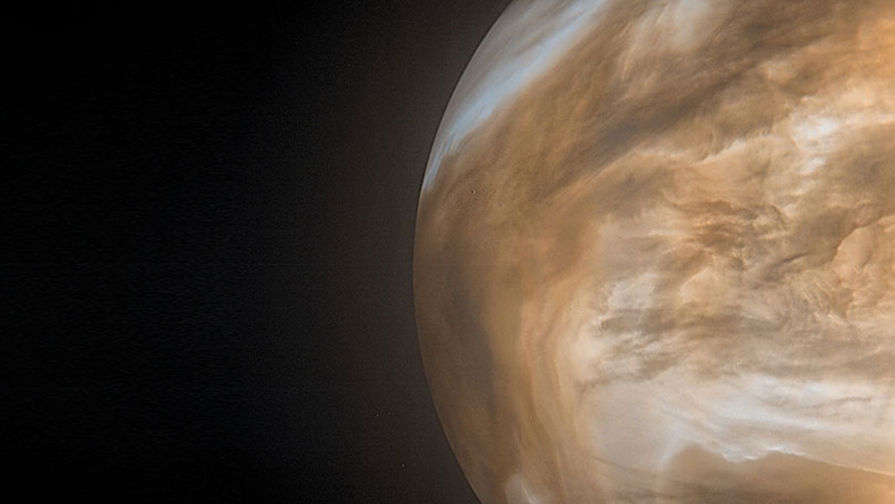 The unusual behavior of sulfur in Venus’s atmosphere cannot be explained by a “floating” form of extraterrestrial life, according to a new study. British biochemists from the University of Cambridge have studied the composition of the Venusian atmosphere to test the “cloud life” hypothesis that astronomers have been pondering over the past decades, and found that all this cannot be associated with the presence of life. The corresponding article was published in the journal Nature Communications.

One of the strange features of the Venusian atmosphere is the abundance of sulfur dioxide SO2. On Earth, most of the SO2 in the atmosphere is formed as a result of volcanic emissions, but on Venus, the maximum concentration of sulfur dioxide is recorded in the lower part of the clouds, at high altitudes the Venusian atmosphere somehow gets rid of sulfur. “For the past two years, we have been trying to explain some of the strangeness associated with sulfur observed in the clouds of Venus,” says one of the co-authors of the paper, astrophysicist Paul Rimmer. “At the same time, the presence of life was considered as one of the possible explanations for all these oddities.”

The researchers were using new atmospheric models and sorting through possible biochemical processes to find suitable reactions, including those involving microorganisms that could process sulfur. It is believed that any form of life that is found in abundance on a given planet must leave biochemical traces in the atmosphere, since it needs to consume some kind of food to release energy and then excrete its waste products. However, the Cambridge researchers found no evidence of such a metabolism on Venus.

“We’ve studied the sulfur-based ‘food’ available in the atmosphere of Venus – it’s not something you or I would like to eat, but it’s the main source of energy available there,” explains lead author Sean Jordan of the Cambridge Institute of Astronomy. “If this food is digested by microbes, we could see evidence of this through the cycling of other chemical compounds that, as a result of biochemical processes, enter the atmosphere.” If life really exists there, then it must influence the chemical composition of the atmosphere.

However, all possible models that considered the entire list of metabolic reactions that could be associated with various forms of life, consuming their food and excreting waste products, could not explain the strange decrease in SO2 levels. The results of the study set a new hard limit on the possible metabolic reactions in the atmosphere of Venus and potentially existing exoplanets similar to it.