Biologist spoke about the difficulties of growing plants on the moon 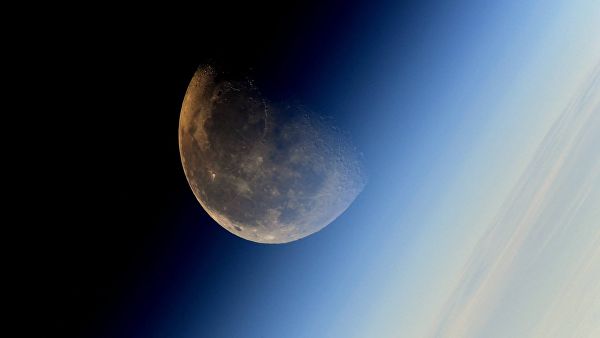 To deliver biological material on board an automated station to the moon and obtain seedlings is a difficult task, the implementation of which should be admired, says Margarita Levinsky, a leading researcher at the Institute of Biomedical Problems (IBMP) of the Russian Academy of Sciences.

Earlier, China Central Television reported that the Chang’e-4 apparatus, which had made a soft landing for the first time on the far side of the moon, sent photos with a biological test load. Photos show that sprouts have already appeared on cotton seeds. In addition to cotton, rape, potato, Tal rezuhovidka, as well as fruit fly and yeast were sent on board.

The Chinese probe conducted a biological experiment on the moon. But this is not the most interesting thing, said Academician Valery Timoshenko on the Sputnik radio.

“As for the scientific value. Let’s start with the fact that I, of course, admire and are pleased that such an experiment took place at all. Technically, this is not so simple, send a probe, germinate. This is in itself quite curious,” Levinsky told RIA News.

According to her, in the future, the results of the experiment can be used to create a lunar greenhouse. If humanity builds a base on Earth’s natural satellite, growing plants can help crews. “The presence of a greenhouse there is necessary both for feeding the crew and for its psychological support,” the expert added.

At the same time, Lewinsky noted that the mere fact that plants can exist on the moon is not so surprising. “With that level of radiation, a reduced magnetic field, and special doubts that there was no one there, there was no one,” said the researcher.

The scientific director of the Space Policy Institute, Ivan Moiseev, in turn, noted that Chinese specialists had to work hard to place a biological experiment among the scientific instruments of the lunar device “Chang’e-4”, but China’s traditional interest in cosmic plant growing helped them.

“Complexity is competition with other instruments. If we send the apparatus to the moon, then we will install instruments that will explore the moon,” said Moses in RIA Novosti.

He added that gravity is present on the moon, but significantly weaker than on earth. “Maybe biologists will get something out, some conclusions will be made fundamental of this,” said Moses.

“And the fact that they got a place on the device, where the number of devices is limited, and, in general, an inappropriate place, is naturally a component of PR. Such things just need to be supported, they attract interest and allow the prestige of the country to show. Here the Chinese work correctly, I suppose, “added Moses.