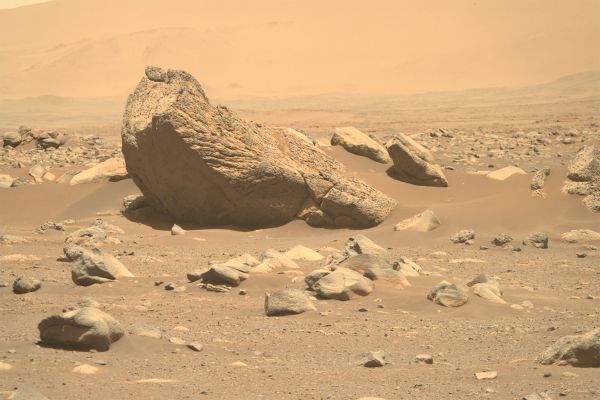 Under Martian conditions, bacteria can hibernate for over 280 million years and remain viable. An article about this was published in Astrobiology.

It is known for certain that in ancient times the surface of Mars was rich in water, rivers flowed along it, which flowed into at least large lakes. Over time, due to the solar wind and the weak gravity of the planet, most of the water has escaped into space, and the rest is frozen and below the surface. Earth-like life is possible only in the presence of liquid water.

Scientists from Northwestern University (USA) conducted a simulation and found that if microscopic life once existed on Mars, it could hypothetically survive to this day. To find out, the authors prepared cultures of terrestrial bacteria of the species Deinococcus radiodurans, which are especially resistant to radiation, as well as five other types of microbes.

The researchers immersed the spores of these single-celled organisms in soil samples similar to Martian soils in chemical and mineral composition, as well as in structure and other mechanical properties. After that, the biologists placed the samples in a chamber where Martian temperatures, humidity levels and background radiation were simulated. The role of the latter was played by beams of gamma rays and high-energy protons, with which the researchers irradiated the soil.

Subsequent observations of changes in the state of bacterial spores showed that Deinococcus radiodurans, as well as several other microbes, were able to survive in the Martian soil for several geological epochs. In particular, scientists have found that the “sleeping” cells of the first type of bacteria will be able to awaken and multiply even after 280 million years, if they are immersed to a depth of ten meters from the surface of Mars. To survive for a couple of million years, a dive of 10 centimeters is enough, and a two-meter depth will allow them to survive for tens of millions of years.

Thus, if the calculations are correct, the chances of finding life on Mars increase.