Black holes are doors to other parts of the Universe 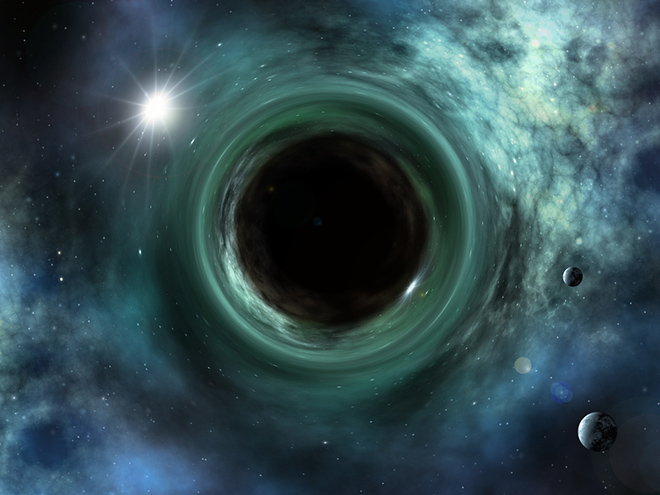 According to the theory, everything that will be included in “wormhole”, will be “spaghettification”, stretched like a noodle, however, will come out of it in a perfectly ordinary way. However, on the other side of the Universe.

Physics from the Institute of corpuscular physics of Valencia proposed a new scenario which implies that the singularity is the imperfection in the geometrical structure of space-time.

To test this idea, the researchers used a geometric structure similar to the structure of crystals. “As the crystals have imperfections in their microscopic structure and the Central region of a black hole can be interpreted as an anomaly in space-time, which requires the introduction of a new geometric element for a more complete description,” — says the physics of his work, published in the journal Classical and Quantum Gravity. “We investigated all options, taking into account the observable facts in nature.”

Analyzing new geometric shapes, the researchers came to the conclusion that the best solution, what will the space-time is the availability of a “door” to another part of the Universe — the door will drive the space-time to a standstill, and will not force him to take the most bizarre forms, and will allow it to evenly flow. In this case, probably the size of a wormhole, according to scientists, should be smaller than the atomic nucleus.
Therefore, in order to pass through this ‘needle’s eye’ any matter will have the maximum stretch. It is expected that the matter will return to their normal form.

The authors of the hypothesis believe that the existence of such a mechanism does not require any additional forces and energies not covered by the theory of relativity. And add that to travel across the Universe via wormhole, describe their hypothesis, it does not — living creatures will not survive the necessary changes in the shapes and sizes.