Black holes can merge many times in a row 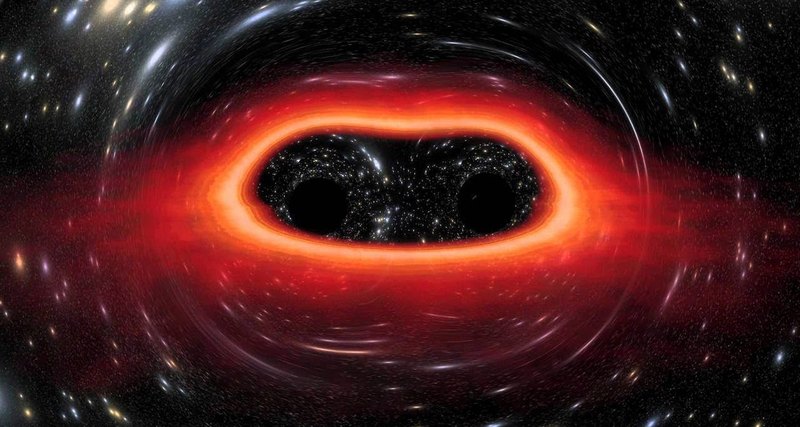 Astrophysicists have suggested that in stellar clusters on the outskirts of galaxies, the fusion of black holes is continuously proceeding, giving more and more massive objects.

Gravitational waves, which registered the detector LIGO, gave birth to a fusion – an event that ended the evolution of a system of two rotating around each other’s black holes. The energy at the fusion of two such objects is distinguished, according to the theory of relativity, in the form of gravitational waves – space-time perturbations, so powerful that sensitive interferometers on the Earth felt it.

An international group of physicists led by Karl Rodriguez of MIT suggested that black holes can merge more than once, generating more massive holes than those formed as a result of the gravitational collapse of massive stars. “Merges of the second generation” should, according to scientists, occur on the outskirts of galaxies, in star clusters consisting of thousands, and sometimes millions of stars.

“We believe that a lot of black holes are created in clusters of a huge number of stars, which gradually – and rather quickly – form double systems, merge into one large black hole, and then new black holes – fusion products – find themselves a new pair and, merging with it, form even more massive black holes, “explains Rodriguez.

If LIGO or other gravitational observatories register a gravitational wave from a black hole whose mass exceeds 50 solar, there is a great chance that this object formed in a cluster with a high density of stars and black holes, says the Rodriguez group. Their calculations scientists published in Physical Review Letters, briefly about them is told on the site of the Massachusetts Institute of Technology.