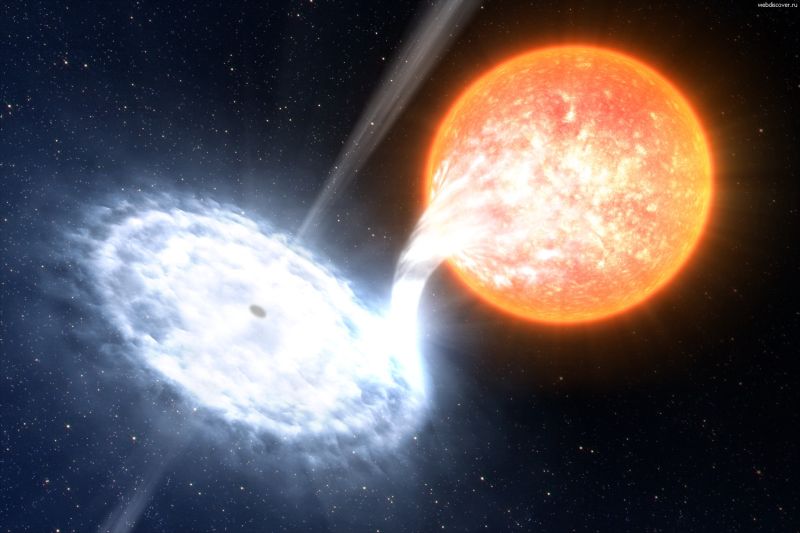 Supermassive black holes — a huge (in all senses) a mystery to scientists: how do these cosmic gluttons to take such a huge mass, yet no one knows. However, a team of astronomers from the UK seem to have stumbled on a solution, and did it quite by accident.

The majority of galaxies in the Universe have at least one common property: supermassive black holes, usually located in the center of the galaxy and devour all that passes within range of their event horizon. However, scientists still know very little about the origin of these “vacuum cleaners” and how they reach a state of svermassivnoy.

James Mannelli and his colleagues from Sheffield University came across the solution to this puzzle is completely random. In a study published recently in the journal Nature Astronomy, they showed evidence that black holes can tear apart and swallow entire stars, and more often than previously thought.

“The results, like most scientific discoveries happened by chance. Initially, we just wanted to see what happens in the collision of galaxies,” says James. In 2015, when his team was trailing 15 galaxies, scientists noticed that since 2005 one of them has not changed. They found a strong flash of light, the imprint of the so-called Tidal Disruption Events, or TDE. This phenomenon occurs when a star is deflected too close to the black hole and starts sucking stellar matter into itself. For the star it means death, and for black hole — a hearty meal.

TDE by its nature is not something amazing, but to detect it in the collection of only 15 galaxies were very strange. “Still, such events were identified by analyzing the thousands, if not tens of thousands of galaxies,” explains manelli’s. So what is this incredible luck? The astronomer says that according to his calculations, accidentally calculated the probability of such a phenomenon is of the order of 1 to 100. Moreover, on their side, played a factor in the collision of galaxies, which, according to the team, TDE is much more often. “It’s like pulmonary disease: survey group non-Smoking, and find a disease in one person. Examine the same number of smokers and ill be one in five. We’ve just narrowed it down, right after defining the key circumstance,” he says.

Of course, this hypothesis still needs to be clarified and numerous checks, however, if it is true, then astronomers will have a chance to exhaustively study the rare phenomenon on numerous examples, and thus come closer to understanding how he lives and interacts with the galaxy’s black hole. Perhaps it is the stars, often devoured by black holes, and will cause that gain enormous weight.