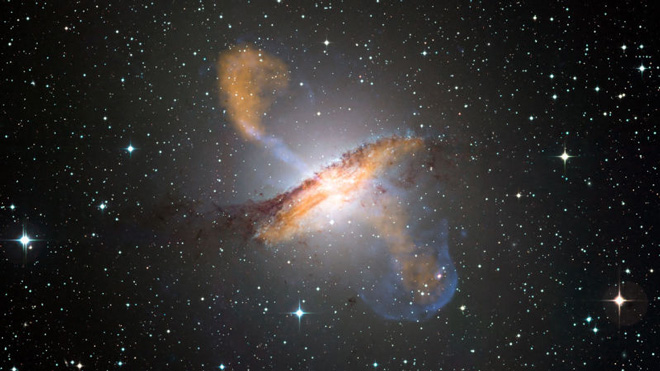 In the center of each galaxy is a large black hole with a mass of a million solar masses. A new study shows that such “vacuum cleaners” not only “absorb” nearby objects, but also suppress the galaxy’s ability to generate new stars.

Young galaxies are home to a lot of young bright stars. Over time, the process of star formation slows down. An article published in the journal Nature explains that a huge role in this is played by supermassive black holes.

Stars are formed from cold gas, that is, when the cold gas ends in the galaxy, the stars do not have to be formed from. One of the reasons why gas reserves are running out quickly and galaxies are dying out may be that gas that falls on a black hole contributes to the formation of high-energy jets. And these jets, in turn, can push cold gas out of galaxies. At least that’s what the theory says.

This idea has long been discussed, but there were no observations confirming it. A new work, carried out by a team led by Ignacio Martin-Navarro from the University of California at Santa Cruz, filled this gap.

Using the data collected by the Hobbie-Eberly telescope, the team analyzed the spectrum of light emanating from distant galaxies. This made it possible to measure the variability of the wavelength in different galaxies and to create a model of how stars formed in galaxies. Then the resulting model was compared to black holes of different masses.

“A significant reduction in star formation occurs earlier in those galaxies that have a central black hole with a larger mass,” the researchers write.

Despite the dependence shown by the investigation, the mechanism of what is happening is still not completely clear. “There are many different options for how a black hole can extract energy from galaxies, and there are many different ideas on this, so it takes a lot of work to correlate our models with all of them,” wrote Aaron Romanowski, co-author of the study.