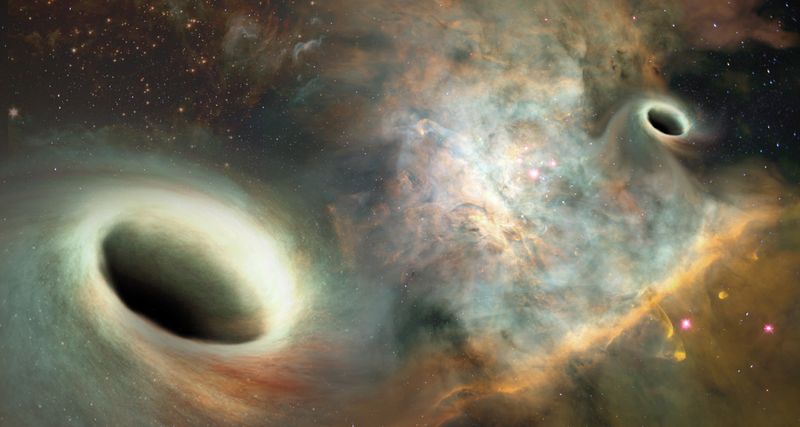 For the first time, astronomers from the University of New Mexico could see and measure the orbital motion between two supermassive black holes that are hundreds of millions of light years away from Earth. This discovery culminated in more than a decade of research.

Astronomer from Stanford Karishma Bansal published an article on this in the Astrophysical Journal. Together with Professor Greg Taylor and his colleagues at Stanford, they studied the interaction between these two black holes for 12 years, and finally saw it using an antenna system with a very large base, a system of 10 powerful radio telescopes.

“For a long time we were looking in space for a couple of supermassive black holes that would orbit each other as a result of the merger of the two galaxies,” Taylor says. “Although we theoretically assumed that such objects are possible, no one has seen it so far.”

Black holes are located at a distance of 750 million light years from Earth in the galaxy 0402 + 379. They are incredibly far away, but at the same time the distance to the Earth makes them an excellent specimen for observation. Bansal says that the combined mass of two black holes is 15 billion times the mass of the Sun. Their incredible size means that the orbital period of these objects occupies about 24 000 terrestrial years, that is, for ten years of observations scientists saw the smallest bend of their orbit.

“In 12 years we have achieved an amazing technical breakthrough, telescopes were able to achieve sufficient resolution and accuracy to actually see the movement of holes in the orbit,” Taylor says. “This is a real technological triumph.”

From a purely technical point of view, this is incredible, but Bansal and Taylor also say that their discovery can reveal much about the universe, where galaxies originate and where they are going.

In the center of the Andromeda galaxy, which now collides with the Milky Way, there is also a supermassive black hole, which means. A phenomenon observed by Bansal and Taylor, can also happen with our galaxies. 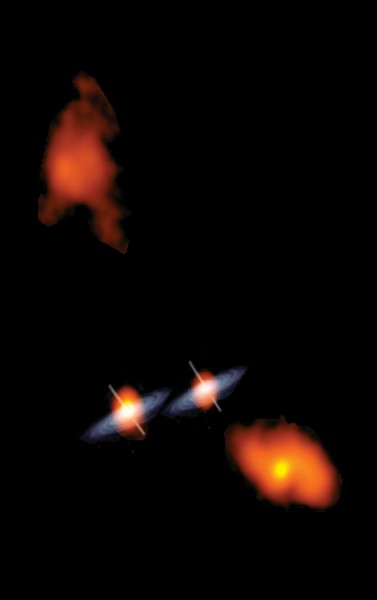