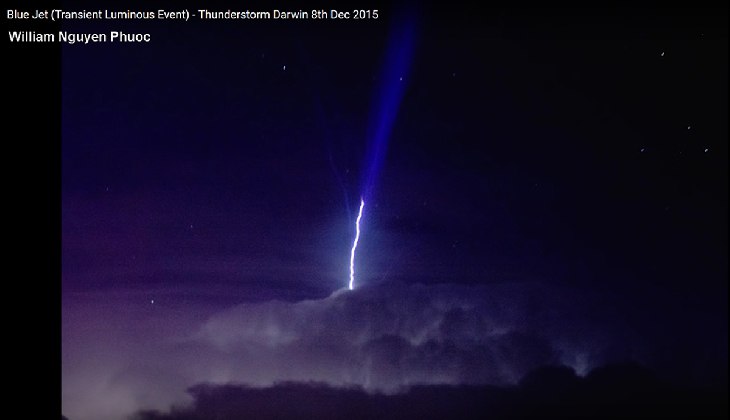 These amazing blue flashes extend from the upper edge of the active cumulonimbus clouds to a height of 40-50 km. They reach speeds up to 100 km/s, but last only about a quarter of a second. 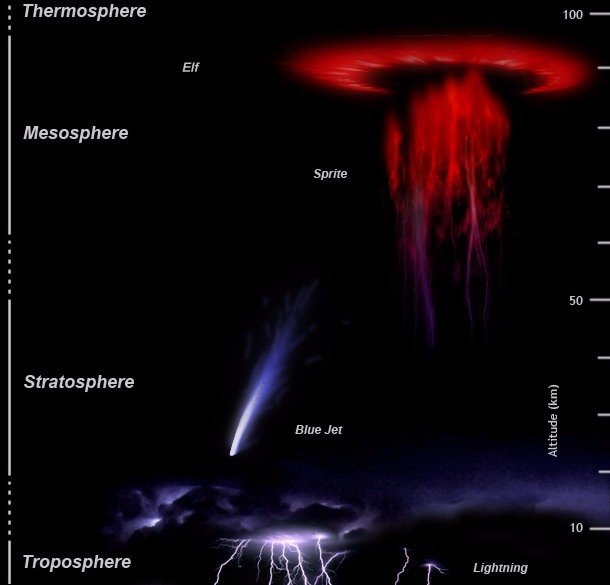 They can be seen with the naked eye as a huge ghostly cones of light radiating from the clouds in the height of the storm. Blue jets are brighter than sprites, but occur very rarely and, apparently, not directly related to lightning strikes. Their appearance some researchers explain the strong hail inside the storm clouds. 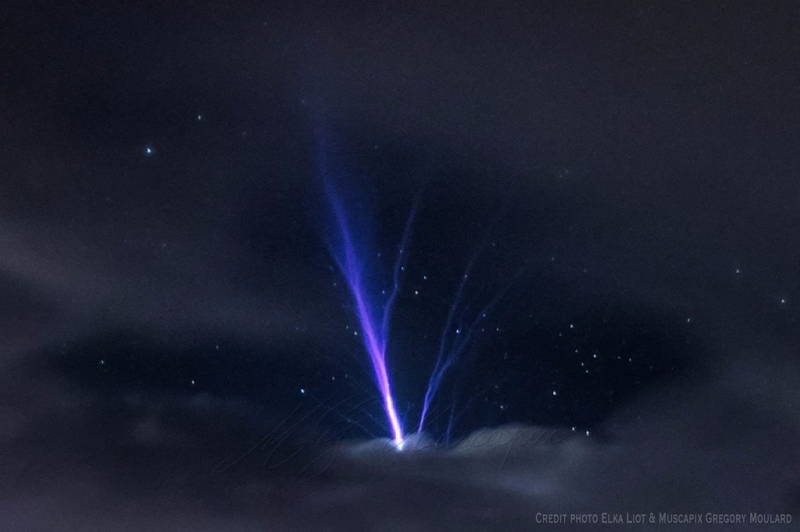 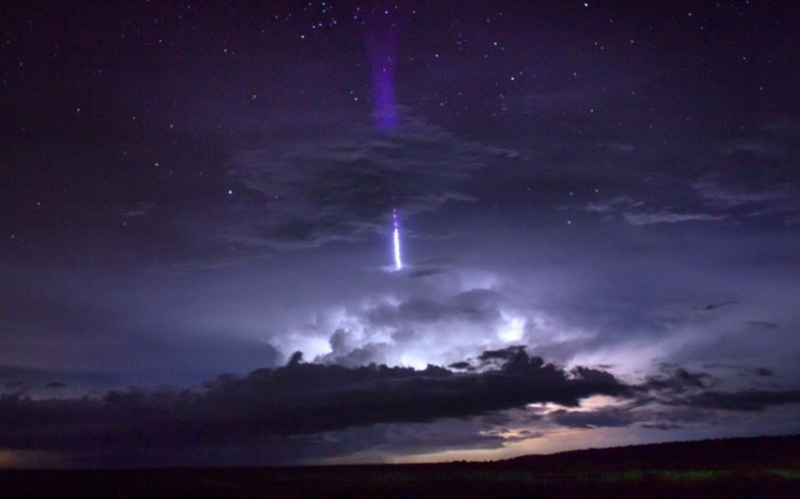 The existence of blue jets were able to confirm with using the video, taken onboard the space Shuttle in 1989. All such phenomena in the upper atmosphere remain mysterious. Lightning is unpredictable, it is therefore difficult to exhaustively explain how and why they arise. Despite hundreds of years of scientific research, they remain one of the most mysterious phenomena of nature.

You don’t have the rights to use the last photo – please take it down or contact the photographer ASAP!

You do not have the rights to use the last photo of a Blue Jet – please remove it or contact me ASAP!